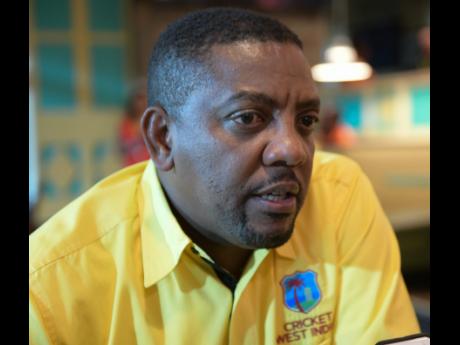 Cricket West Indies (CWI) president Whycliffe 'Dave' Cameron says that there are a couple of challenges to the education system in Jamaica that are hampering the full exposure of youngsters to the sport.

He said that one of the main issues lies with current physical education (PE) teachers as he believes that many of them do not know the game.

"It has nothing to do with the Government," Cameron told The Sunday Gleaner. "Firstly, we only have female PE teachers, which is a problem. Most of them don't know cricket. The game of cricket is very complicated. They don't know the history and neither are they interested. That becomes an issue. When we went to school, most of our PE teachers, if not all, were male. So they coach cricket, football, track and field, and we're not getting that anymore."

Cameron then said that the second issue is that schools do not give cricket enough attention because it is an expensive sport that requires too much space to play.

"In football, four-a-side scrimmage can be played in a little two-by-four space; on the road, you put a hoop on a light post and you can play basketball. Cricket suffers from needing space and specialised equipment, and all that kind of thing, to operate," he said.

Cameron said that as a result, CWI is looking to work with the International Cricket Council (ICC) to come up with more innovative ways to play the sport to grow its popularity.

"So we're continuously looking at different ways and different types of the game that can be played without that huge fanfare of a big field and specialised pitches," he said.

"The ICC is doing a programme called Project Wildfire, which is trying to find games that are just fun for youngsters, to get people interested in the game, even at a higher level - beach-type cricket, whatever it is, just to get people playing the game. If you're good enough, and want to be serious about it, you can go on. I think that is what cricket lacks," Cameron said.