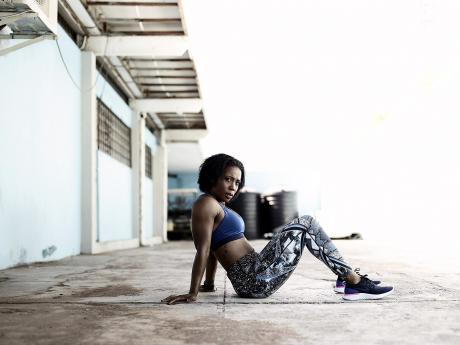 She has won just about everything there is to win in athletics, but for sprinting titan Shelly-Ann Fraser-Pryce, no number of medals or records can compare to the eternal prize of motherhood.

Fraser-Pryce, the most dominant female 100 metres sprinter in history, gave birth to Zyon in August of 2017, a year after her last major international medal - a bronze in the 100m at the Rio 2016 Olympic Games.

Her journey through motherhood has brought with it greater perspective and introspection, as well as a heightened appreciation for the things that really matter in life.

"Motherhood has been rewarding so far," Fraser-Pryce told The Sunday Gleaner. "It has revealed qualities I never knew I had. I can now put things into perspective, in particular with my daily routine."

"I found myself being extremely reflective during and after my pregnancy. The reality of how life as I knew it would change. Waking up knowing I have something outside of track and field to focus on. I look forward to waking up every morning to see Zyon," added the 31-year-old, who also pointed to the moment that has, so far, been her most fulfilling.

"The first time I heard his heartbeat and realised I was going to bring a child into this world."

Never one to slow down, Fraser-Pryce, who recently returned to the track, with an encouraging 11.52 seconds win at an All Comers meet inside the National Stadium, is still very much involved in her coffee shop business, based at the University of Technology - Shelly's CafÈ - and is strumming the chords on her Lady Shelly line of beauty products.

"I'm relieved to have a system in place to maintain order both in my professional and family life," she noted, while pointing to the support of her husband, Jason, and her child's nanny.

"The flexibility of not being restricted to a 9-5 job allowed me the luxury of around-the-clock time with Zyon. Considering that it was also a Cesarean delivery, I wasn't under any pressure to resume training before time as it is an off-year with no "championship" on the calendar for this year. Zyon is really a great baby with regard to breastfeeding and his sleeping schedule," she shared.

This full-time mom, wife, entrepreneur, and world-class athlete, has her own professional ambitions, and intentional or otherwise, her drive has served as a motivator to others that there really is no reason to stop pursuing one's ambitions.

"If you are willing to make sacrifices, achieving greatness even after having a child, I believe it is possible, once you are up for the task," said Fraser-Pryce. "I never left the sport. It was merely maternity leave. I have unfinished business on the track. Now that I have given birth to my son, I am focused on the goal and will let the world know when I'm ready to retire."

"... With motherhood, it's a win every time. He (Zyon) is extra motivation to go out and compete. In track and field, you are judged by the win. It's important for me to strike a balance with both. It's about what's best for Zyon the child and Shelly-Ann the athlete."

She has already achieved greatness on the track. Off it, and with Zyon in focus, Fraser-Pryce is determined to deliver on her own words: "Here I am thinking about being the greatest mother I can be with my biggest blessing and the promise God made me."

Being the world's best sprinter is hard work. Being a mom requires even greater sacrifices. Still, Mommy Rocket is determined to also win in this stage of her life, and as a UNICEF Jamaica Goodwill Ambassador, will be looking to also make an even greater impact on the lives of children other than her own - a prize for all.