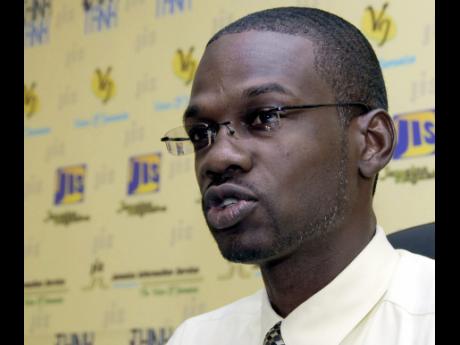 Permanent Secretary in the Ministry of Sport, Denzil Thorpe, says that the government is looking into merging a number of sporting agencies whose duties overlap, in order to cut its yearly spending on Sports.

The issue was brought up at a meeting with the Public Administration and Appropriation Committee (PAAC) at Gordon House in Kingston yesterday. There, PAAC member Leslie Campbell and chairman Dr Wykeham McNeill questioned why agencies such as the Institute of Sport and the Social Development Commission are carrying out similar functions, especially with regards to sports development at the community and grassroots level.

"Just recently we received a letter from the Public Sector Transformation Programme indicating that we are going to be moving ahead with the proposed merger (of entities)," Thorpe said. "There were several things proposed, a final position has been taken and that we are a part of the accelerated programme.

"That merger would also assist in ensuring that once we consolidate, we are in a better position now that if we continue to get the same amount of the pie (national budget), we can spread it around even better."

However, he would not name specific agencies as he said he does not yet have those details.

One of Thorpe's other items of contention was that the Ministry is more deserving of a larger yearly budget because he believes it plays a significant role in nation building.

"One of the challenges with our portfolio, and Sport is one of them, is being able to say, like some other ministries are able to say, that due to our contribution to national development, we should get a bigger piece of the pie," Thorpe said during his presentation. "The bigger the piece we get, the more the contribution we are able to make."

This year, the Ministry of Sports received a 40 per cent share of the Culture, Health, Arts, Sports and Education (CHASE) Fund, which was given to the Sports Development Foundation (SDF). That this figure, over the last four years, has amounted to a range of $550 million to $600 million.

But Thorpe said that although a bigger portion is needed, he is unable to quantify, at the moment, just how much the Ministry needs.

"It's difficult to say how much we expect," he said. "I really don't envy my colleagues at the Ministry of Finance. Our ministry goes and we indicate what our plans are and we put a budget to that. But then every other ministry does that as well, so they have a challenge as to how it is that they are going to share up that pie to allocate according to the needs.

"Some persons, I think, are able to make a better case than us, because of the nature of what it is that we are dealing with, as it relates to sport. So we have tried to be able to provide for the Ministry of Finance, and the public service, specific data that shows how sport in itself contributes to national development. While some of our colleague ministries are able to do that with statistics and data, we are not necessarily able to do that because of the nature of sport."

Thorpe said that the ministry has sought the help of the Commonwealth Secretariat, whose Director of Sport for Development and Peace to quantify how important Sport is to nation building.