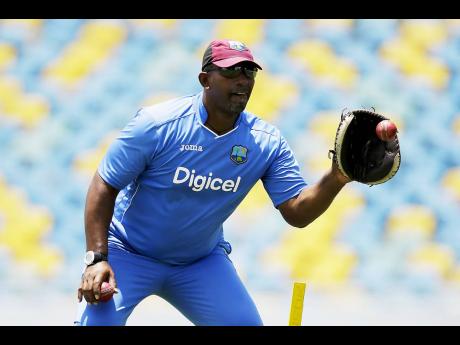 Cricket West Indies (CWI) says it never denied liability in the dismissal of former Windies head coach Phil Simmons because the interest of West Indies Cricket is its priority.

Simmons, now coaching Afghanistan, was relieved of his duties with the Windies in September 2016 after publicly airing discontent with what he said was outside interference in the selection of teams.

Simmons then sued CWI for unfair dismissal and has sought damages in the sum of US$300,000 (roughly J$37 million).

CWI said it is hoping for a timely resolution to the matter.

“CWI never denied liability in the Phil Simmons’ dismissal affair for no other reason than to ensure an amicable resolution in the interest of West Indies Cricket,” the body said in a statement yesterday. “The negotiations with the former coach, Phil Simmons and his representatives are ongoing. While we have a hearing date for March 26, 2019, we are hoping to reach a settlement soon.”

The hearing will be two days after CWI’s annual general meeting, where incumbent Whycliffe ‘Dave’ Cameron is being challenged by board member Ricky Skerritt for the role of president. Skerritt has accused Cameron of wasting CWI funding during his presidency, with the possibility of paying damages to Simmons serving as evidence.

But CWI says its operations received funding, which has been budgeted by Cameron’s office, and approved by the board of directors.

CWI said that Cameron was not a member of its Compensation Committee and did not attend any of its meetings.

“The board of directors wishes to reiterate that the president cannot and does not dictate or approve any increase in compensation or stipend for himself or other directors,” CWI said. “He cannot and does not approve the budgets for his office or CWI. Any suggestion to the contrary is inaccurate and misleading.”