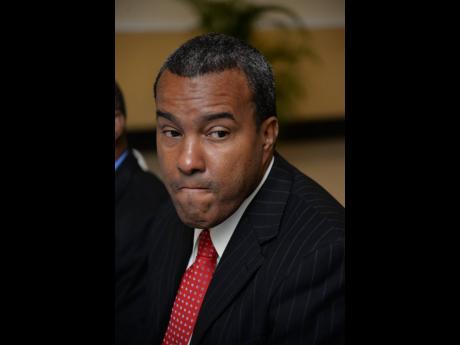 According to Kingston and St Andrew Football Association (KSAFA) president Wayne Shaw, a lack of sponsorship and opportunities on the calendar have forced the cancellation of the Jackie Bell Knockout competition this year.

The competition features teams from all tiers of the confederation’s pyramid - Super and Major League as well as the KSAFA -based Premier League outfits.

Shaw explained that the competition would not be played this year because there are not enough funds to run the tournament and with many teams already out of competition, the association thought it was sensible to postpone the tournament for this season.

“It’s because of a lack of sponsorship. We don’t have enough sponsors for the competition this year, so we won’t be playing it,” Shaw told The Gleaner.

“It usually gets under way from December, so the time does not allow us as two Premier League teams are already out of the Premier League and another might be out this weekend, so everybody is getting inactive and the Super and Major Leagues are winding down.

So the lack of sponsorship and the time was against us.”

Shaw said they had expended all efforts to secure support for the competition, but that the Reggae Girlz incredible World Cup qualification has swayed a number of potential sponsors in that direction.

“People’s money are going in that direction, so it’s affecting us but we understand and we met with the clubs yesterday (Tuesday) and explained the situation to them and they understand,” he said.

He added that a shortened version had also been proposed, but even that would have been an issue for the association.

“We had told them (clubs) from before that we were having problems getting sponsorship this year because everybody’s sponsorship cut, so everything is tight.

Nevertheless, he expects the tournament to return next season with its usual excitement and interest.

“This is not the first year that the Jackie Bell was not held. We will be back next year,” he said.

Tivoli defeated Harbour View 1-0 on a Sean Coleman goal for the title in 2018.