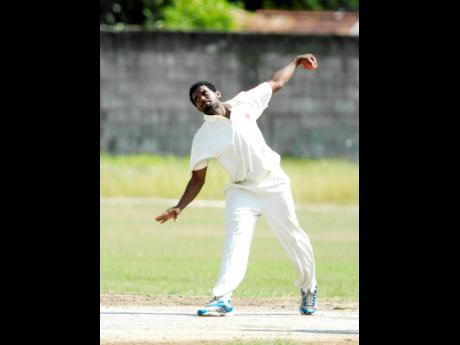 Melbourne Cricket Club (MCC) and the Jamaica Defence Force (JDF) will meet in next weekend’s Senior Cup final after getting the better of St Thomas and Kingston, respectively, in the semi-finals at the weekend.

At Up Park Camp, JDF scored 299 in their first innings against Kingston, with Deethmar Harrison making a stroke-filled 111. He was well supported by Jermaine Harrison, who made 84. Dennis Bulli also chipped in with 40, and off-spinner Jevaughn Buchanan grabbed four for 43, while left-arm spinner Patrick Harty took four for 95.

Kingston could only manage 202 in reply. Odean Smith top-scored with 78, while Bulli managed four for 64. With first-innings points already in the bag, the game drifted to a tame draw, with JDF totalling 165 for five in their second innings when the game was called off. JDF captain Leighton Leslie said it was a good win.

“The team remains focused,” he said. “We are well aware that there is work to be done. We are looking forward to the finals.” Melbourne also managed to get first-innings honours against St Thomas. Batting first, St Thomas made 242, with Lerone Tyrell making 57 and veteran Tamar Lambert getting 49. Stephen Taylor was the chief destroyer, with five for 61. Christopher Lamont and Shalome Parnell took two wickets each.

Melbourne captain Javelle Glenn was pleased with his team’s performance.

“I thought it was a fantastic game,” he said. ”It was a real team effort. We are looking to take it simple and bring it all the way.”

The final will be held this weekend, with Chedwin Park being the likely venue.