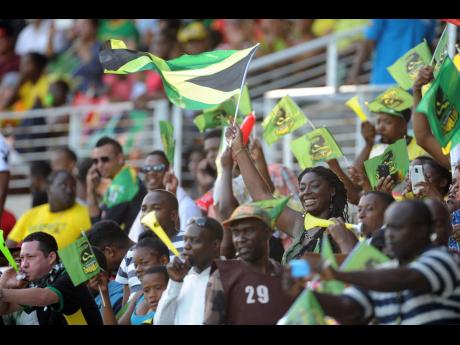 He said that while the tournament had gained mass-based support, the challenge facing CWI is to return cricket to a place of prominence within the West Indian culture, once again creating heroes with the ability to inspire a generation.

And the former St Kitts and Nevis government minister said that he would be sitting down soon with CPL principals to discuss the tournament.

“At the CPL games, there are thousands of young fans having a tremendous party, but that’s not enough to bring cricket’s popularity back,” Skerritt told cricket Website Cricbuzz in a wide-ranging interview.

“We also need to have young people wanting to play cricket, not only to ensure we have a wider cadre of players coming through, but also to ensure cricket regains its prominent place in our culture.

“We need to have more role models like we did while growing up. When you saw a (Sir Vivian) Richards walk out, we knew he was going to fight a battle on behalf of millions of people in the Caribbean and win it.

“Young people here have more role models in soccer than cricket today. We need to create an environment where youngsters are playing cricket and, therefore, aren’t just partying in the stands without having a reasonable idea of what’s taking place on the field,” Skerritt explained.

The CPL was inaugurated in 2013, replacing the Caribbean T20, which was run exclusively by CWI, and is principally run by foreign interests. Featuring six franchises with an array of international and domestic players, the tournament has grown in popularity to become one of the leading T20 domestic leagues across the globe.

And while Skerritt said that the tournament plays a key role in regional cricket development, he pointed out that there were improvements that could be made.

“The CPL is a good thing, but the CPL needs to be better for West Indies cricket than it is currently,” he noted.

“The commercial side of the league and its competitiveness with other cricket in the region has caused some concern. The extent to which personnel are brought in from outside is not always understood by local boards.

“The CPL, though, is a CWI product. We don’t own it completely, but we do have a small share in it. I’ll be meeting with the CPL people soon, and there was already some talk to do more for emerging players so that their system helps West Indies cricket go back to the top of the world,” Sherritt explained.

The CPL is in its seventh year and is set to bowl off in September.