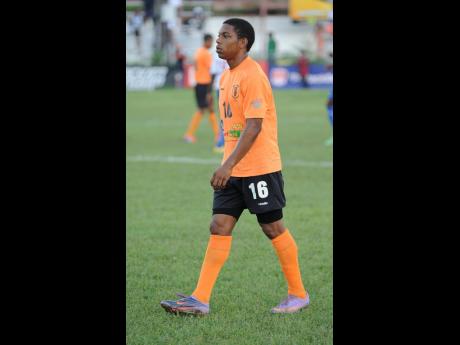 High-flying Liguanea United FC extended their outstanding record in the 2019 Magnum JN KSAFA Major League to remain atop Zone B with a stupendous 9-0 thumping of Allman/Woodford in their clash this past weekend.

Former Premier League goal ace for Harbour View, Mitchily Waul, now in a player-coach role, led the way for Liguanea by scoring a hat-trick, while Michael Blygen netted a brace. The other four goals were scored by Tevin Brown, Alvarez Cooper, Checaughn Crooks and Shahid McLean.

The win was Liguanea’s eighth in 10 matches this season, enabling them to increase their points tally to 25. This is four points clear of Greenwich Town, who maintained second position with their sixth win this outing, a 3-1 victory over August Town.

Greenwich Town had started the round tied on 18 points with Bull Bay FC, but while Greenwich Town gained maximum points to secure a bit of breathing space, Bull Bay lost ground in a 0-0 draw away to New Kingston, who lie fifth on 11 points.

That is three less than fourth-placed August Town, with whom they are battling for the last remaining quarter-final spot for Zone B teams. Allman-Woodford (four) and Swallowfield FC (three) are fighting to avoid the drop.

In Zone A, Seaview Gardens capitalised on a surprise loss by group leaders Shortwood to gain some ground by hammering neighbours Olympic Gardens 4-0.

Akeem Peterson scored a hat-trick, while Odane Gordon added the other goal for Seaview Gardens, who climbed to second place on 16 points. Shortwood, on 20 points, lost at home 1-0 against second-from-bottom Pembroke Hall FC. Police National, who never had a match at the weekend, also have 16 points, but an inferior goal difference.

Seaview Gardens FC have a game in hand, the same as fourth-placed Cooreville Gardens, who defeated Duhaney Park 2-1 to move to 12 points.

Olympic Gardens, with 10 points and Pembroke Hall, on eight, are also very much in the running for a quarter-final spot. Bottom-placed Duhaney Park, on five points, are in a relegation battle.