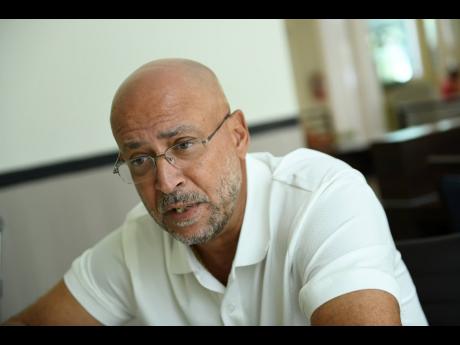 Cricket West Indies (CWI) President Ricky Skerritt says the body will be working even closer with The University of the West Indies (UWI) to develop its High Performance System (HPS).

The HPS is an initiative created by CWI to address what it believes is a distinct lack of young, talented cricketers across the region. Skerritt, elected CWI president at its annual general meeting last month, visited the island last week to meet with various stakeholders of regional cricket, including the UWI, to have discussions about taking the sport forward in the Caribbean.

“This visit is a working visit and (on Tuesday) we spent a significant period at The University of the West Indies,” Skerritt said. “We discussed the future of our High Performance System, of which they will become a part of, hopefully.”

The UWI, like CWI, has also been trying to develop cricketing talent in the region through its ‘Pace Like Fire’ project, carried out in its Faculty of Sport. The UWI said that Pace Like Fire would seek to identify bowlers across the region with what it describes as ‘raw bowling pace’, to join the programme and develop their bowling skills.

Skerritt approves of UWI’s Pace Like Fire and said that it would add value to CWI’s HPS.

“We discussed it as one of the several projects which are already under way,” he said. “That is one which was entirely done by The University of the West Indies, with some cooperation at the local level with cricket boards, but it has no Cricket West Indies stamp on it. There are other projects where there was some collaboration with Cricket West Indies in the beginning, including coaching education. But we’re looking at a bigger, more medium to longer term programme where science and technology and the research that the university brings to the table become key ingredients for us, going forward.”

The HPS should, however, not be confused with High Performance Centres (HPC), with the latter being training bases and academies for coaching established by CWI. This means that UWI’s Pace Like Fire will continue to function at each UWI campus: Mona in Jamaica, Cave Hill in Barbados, and St Augustine in Trinidad and Tobago; but in conjunction with CWI’s HPCs at the Coolidge Cricket Ground in Antigua and at Cave Hill.

“Ultimately, it is a system that is going to be contributing to helping our players to be the best that they can be, from all ages, especially up to the elite level,” Skerritt said.

With CWI looking to place youngsters in its HPS, through its collaboration with UWI’s Pace Like Fire project, it should also means youngsters will have the opportunity to not only focus on going professional in cricket, but also get an accredited degree at UWI’s Faculty of Sports in the process.