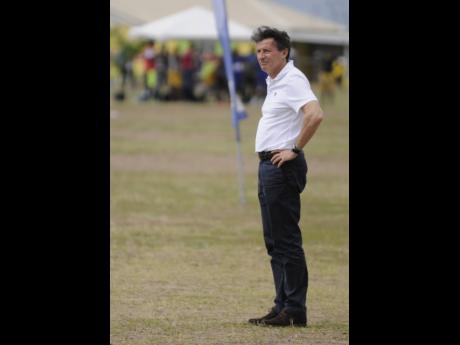 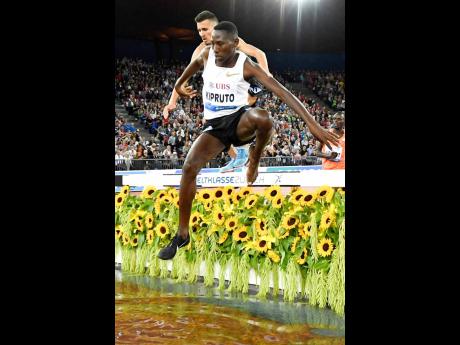 AP
Conseslus Kipruto, of Kenya, competes without a shoe on his way to winning the men's 3000m steeplechase race during the Weltklasse IAAF Diamond League international athletics meeting in the Letzigrund Stadium in Zurich, Switzerland on Thursday, August 30, 2018. File
1
2

Track and field fans need not worry that long-distance racing will disappear. That is the indication from Sebastian Coe, president of the International Association of Athletics Federations (IAAF). While his organisation has made changes to its showcase Diamond League, Coe says what he calls ‘universality’ will continue at major championships. The former British middle-distance star also said that athletes will love the stadium that will host the 2019 World Championships.

“You’re always, always going to have the universality, but we have to listen very carefully to what the broadcasters have said to us, and we were seeing less of the Diamond League on television, and particularly on free-to-air, and I’m absolutely passionate about making sure that the athletes are being seen as often as possible. So the Diamond League, for me, is a great showcase, but it isn’t the World Championships.”

Broadcasts of Diamond League meets will now last for 90 minutes. Previously, each show’s duration was two hours. This move follows the 2018 Athletics World Cup in London, where the longest race was the 3,000m steeplechase.

When the Diamond League change was announced, Ethiopian distance-running legend Haile Gebrselassie voiced his discomfort. “It is a sad decision that will disproportionately affect Ethiopia and Kenya, as well as East Africa as a whole,” the 1996 and 2000 Olympic 10,000m champion said.

“At a time when the body needed to exert its maximum effort to boost athletics worldwide, it has taken a decision that is tragic and unfair,” Gebrselassie said of the IAAF in an interview carried by the Reuters news agency in March.

That World Cup was designed to feature competition among the nations that comprised the top eight on the medal table at the 2017 World Championships. Kenya and Ethiopia were second and seventh in 2017 but did not participate in the World Cup.

Coe said that athletes will love the Khalifa International Stadium in Doha when they contest the World Championships later this year. Fresh from a visit there before arriving at the Carifta Games, Coe said, “Doha will be fantastic for the athletes, that’s one thing that we know.”

He extolled Doha’s virtues. “The hotels are going to be great, the stadium is great, the air conditioning is great,” he said, praising what he had seen on his trip to the venue for the Asian Championships.

“Our teams are working very closely with them,” he said in reference to the IAAF officers who help nations staging major championships, “so we’re really looking forward to Doha, and I think the athletes will really like it being there.”