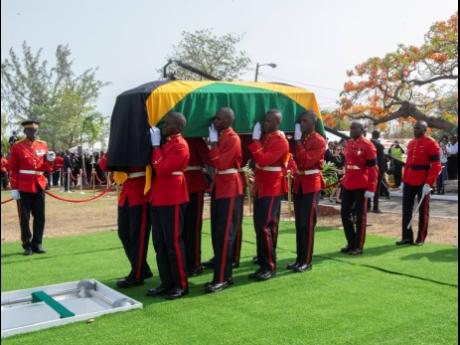 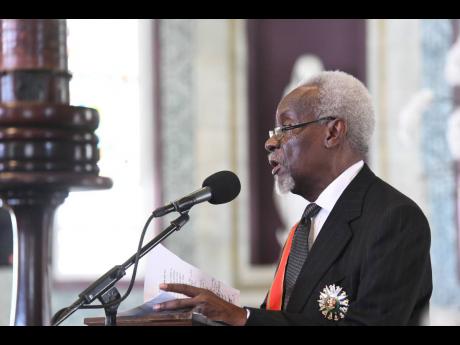 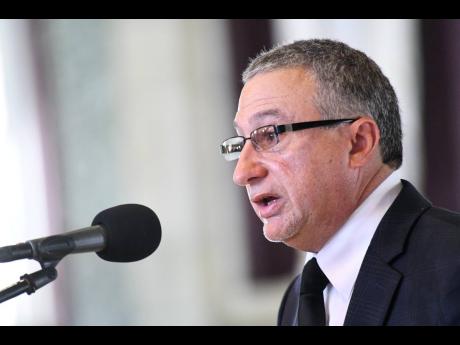 The rivalry between former Prime Ministers P.J. Patterson and the late Edward Seaga is seen by many as arguably the fiercest in Jamaica’s political history. However, at the state funeral for Seaga, who was also chairman of the Premier League Clubs Association (PLCA) and president of Tivoli Gardens FC, Patterson spoke about his great respect for his compère, who he described as ‘a man for all seasons’. This respect, Patterson said, developed over time, and in part, because of their great interest in sports.

Patterson, like Grenadian Prime Minister Dr Keith Mitchell, his Jamaican counterpart Andrew Holness, and Metry Seaga, a cousin of Seaga’s, gave tributes at the thanksgiving service held at the Holy Trinity Cathedral on North Street in Kingston yesterday and said that once he was able to find common ground with Seaga, he was easier to understand.

“Admittedly, our earliest encounters did not go well,” Patterson said. “He had an obstinacy (unwillingness to change one’s opinion), as we know, which could only be dissipated when you were able to establish that the cause was in the vital interest of our nation because his patriotic commitment was rock solid.

Step by step, at our Vale Royal summits, during our private exchanges in the governor’s chamber, with the historic game between Tivoli and Arnett Gardens, we gradually shifted from the politics of confrontation to forge, instead, a competitive alliance, designed to promote accountability in governance, to expand the ambit of our fundamental freedoms and yield greater access to the citizens for their charter of rights. It was during that incumbency that our informal contacts and frequent conversations allowed me to know the real measure of the man.”

Patterson recalled one specific incident involving Seaga and his football club, which he said made him realise that his late colleague had what he describes as a ‘devastating sense of humour’.

“One example of that (sense of humour) proved that he was in charge of everything,” he said. “The Tivoli Gardens Premier League football team selected a new coach who, in a short while, became involved in practising tactical manoeuvres with the squad and proceeding to select teams for the matches.

After a few victories, he was surprisingly dismissed. When contacted by a reporter, Mr Seaga said he had made it clear to the coach that his responsibility was confined to the work on the physical conditioning of the squad and getting them ready for the long season. The other tasks such as designing tactical manoeuvres and team selections were ones reserved exclusively for him as president of the club.”

Metry Seaga spoke of his cousin’s time serving Jamaica, which he said came at a sacrifice, to family time.

“He gave up many birthdays, anniversaries and school plays, all so that he could give to us, give Jamaica his life,” he said.

“He did so from the day that he could think for himself, and he did so until he took his last breath.

I don’t want you to think for one moment that when he walked out of Gordon House for the last time that he stopped caring, or stopped working, or stopped loving his country. On the contrary. If anything, he dove deeper into his work at the University (of The West Indies), at the PLCA, and the Tivoli Gardens Football Club.”

Seaga ended his tribute by paying homage to his love for the game of cricket, which he played as a student at Wolmer’s Boys’ School.

“Uncle Eddie, know this, you have made your entire family proud,” he said.

“You have played a fine innings, filled with beautiful strokes. As you head off the field of play, raise your bat, go into the pavilion and put your feet up and rest in peace. You deserve it”.

The service at the Holy Trinity Cathedral started at noon and ended just over two hours afterwards. It was then followed by the carrying of Seaga’s coffin by the Jamaica Defence Force from North Street, up Duke Street to its final destination at National Heroes Park in Heroes Circle.

This was done to the sound of a 19-gun salute. Seaga was then lowered into his grave, before wreathes were laid in his honour.

The offering collected at the service will be donated to Tivoli Gardens FC. Seaga served as chairman of the PLCA since 2009 and also chairman of the Professional Football Association of Jamaica from 2009 to 2015. His tenure as Tivoli president saw the club earn five Premier League titles.