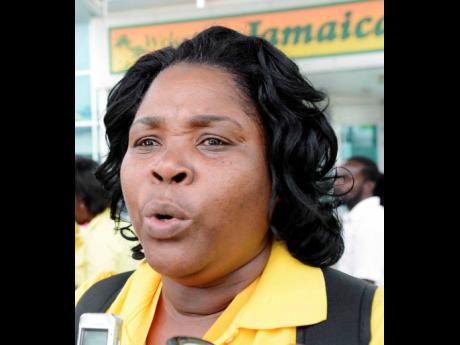 Jamaica’s head coach Marvette Anderson said the Sunshine Girls would be pulling out all the stops when they face Zimbabwe in today’s crucial matchup, which will decide who goes through to Sunday’s fifth- and sixth-place playoff at the Vitality Netball World Cup at the M&S Bank Arena here. The match is scheduled to start at 9 a.m. (Jamaica time).

A defeat for the Sunshine Girls, who are ranked second in the world, will result in them playing in the seventh- and eighth-place playoff at the championships on Sunday.

The Sunshine Girls, who have been having a poor championships, recorded an easy 61-48 victory over Uganda yesterday.

Following yesterday’s win, Anderson told The Gleaner that the Sunshine Girls would not be taking Zimbabwe lightly today.

“We are not finished because we are still not in that match for that fifth place, and so we are coming for that win because this game will decide if we will play for fifth or sixth or seventh or eight,” said Anderson. “It is important because fifth is the best we can get, and if that is the best, then we are going to fight for it.”

Anderson, along with her assistant coach, Winston Nevers, have come under heavy criticism from Jamaican netball fans over the past few days, following the Sunshine Girls’ failure to secure a spot in the semi-finals of the competition. In fact, this is the first time since 1995 that the Jamaicans were missing out on a spot in the last four, ending their pursuit for a medal in disappointing fashion.

Anderson stated that despite the team’s failure to make it into the last four of the competition, they remain a united force.

“To pull us through, we have to be a united unit, and we are a proud people, and when we recognised that fifth was the best we can get, we will put it all out so that we can achieve this,” said Anderson. “I just continue to laud and support the ladies because they are putting it all on the line for the country, and I think everybody else should just continue to support them.”

“As you can see, if it has affected the team, you wouldn’t know because since that, we have come out and put out our best,” Anderson said. “The negativity will come because we are living in a world of people with different opinions. It is what they see, which is not necessarily so, and so you can’t fight people for having their opinions.”

Captain Jhaneile Fowler was very impressive for the Sunshine Girls against Uganda with 38 goals from 39 attempts.

Romelda Aiken with nine goals from 11 attempts, Shanice Beckford eight from nine, and Rebekah Robinson six from eight were the other scorers for the Sunshine Girls.