The harsh reality of recruiting 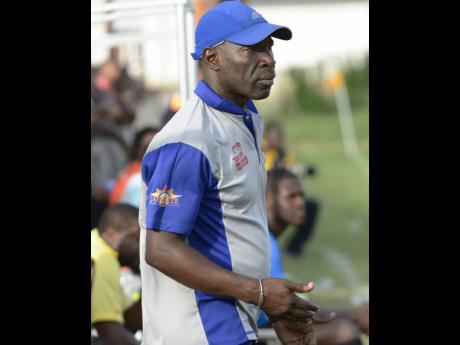 It is no secret in the ISSA schoolboy football competitions that in order to maximise their chances of success, schools often scout talented players from other schools to add to their programme.

It has come to a head in the past, however, as ‘non-traditional’ schools have complained about losing their marquee players.

In the 2017 Manning Cup season, vice-principal of Kingston High Earl Pottinger felt forced to advise then 13-year-old winger Phillando Win to shun the advances of anyone requesting his contact information as he claimed that he saw Wolmer’s officials talking to the player after the teams’ match.

Pottinger was vocal in his claims as he felt it unfair that a school with such a rich reputation felt the need to scout one of their players.

“I’m very concerned because at this very match, the opposing team has approached him,” Pottinger said after the match. “I’m saying that you have a team always winning… We have one little bright spark (Wing) and you are out to get him. It’s unfair.”

Calvert Fitzgerald, former coach of José Marti High School and currently at the helm of Tarrant High School, sought to comment on the topic.

“Some schools spend a lot of money on their programme, and they want to get the best team possible. It is a thing that is happening in sports all over the world,” Fitzgerald explained. “It is a part of life. It might sound a little harsh, but it is just the reality of the sport right now.”

Fitzgerald believes that schools with more lucrative funding will consequently benefit from garnering talented players as it gives these players more exposure towards possible scholarships.

One such player is Earon Elliott, who he coached at José Marti High School, who made the switch to Jamaica College. Elliott now plays for Premier League outfit Portmore United, a feat Fitzgerald attributes to his move to Jamaica College.

Vassell Reynolds, whose coaching repertoire includes the likes of Hydel, Wolmer’s, Rusea’s, and now, Manchester High, sought to clarify that while he has no problems with schools scouting players, he believes that principles should be put in place to guarantee the players’ best interest.

“I think we need to be guided by some principles and that there should be a clear understanding between all stakeholders,” Reynolds explained. “There must be a clear policy in the manner in which it is done. I don’t believe in wide-scale recruitment or players moving all over the place as it seems like the players are goods or some sort of commodity to be handled.”

He believes that a player should not be scouted if the move proves to be detrimental to their development.

“If we disregard the development of the athletes, then it is the wrong approach,” Reynolds elaborated. “I don’t like when schools target other schools and are hell-bent on taking their players. I’m not into that, where other teams have to be hiding their players. That means you only want to take all the players and stockpile them. I’m not supportive of that.”

The 2019 schoolboy football season will get under way on September 7.