Burrowes on to next chapter in career 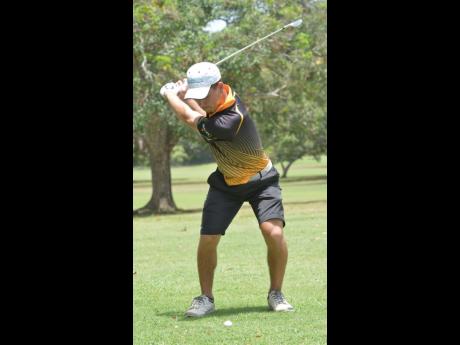 The next time that you’ll see Justin Burrowes, he will be starting life in college competing against quality teams from across the United States. Beyond that, probably on the professional circuit competing against the best players in the world.

But for now, the young Jamaican golfer is basking in his recent success, having retained his under-18 title at the recently concluded Caribbean Amateur Junior Golf Championships, held at the Albany Resort in Nassau, Bahamas, last Friday.

Burrowes, the defending champion, secured back-to-back titles after a brilliant final round where he finished two under par, beating out Andres Aranguren of Puerto Rico, who came in second with one over par, and Aaron Jarvis of the Cayman Islands, who finished third with four over par. Burrowes will take the next step in his journey to become a professional as he will be attending Florida Atlantic University (FAU) next month to take up a full golf scholarship.

For Burrowes, it was a fitting way to end his junior career.

“It’s my last junior tournament and to finish it on a high note feels amazing. I did pretty well on a tough golf course and just happy with the way it turned out,” he said.

Factoring in the limited practice time he had due to rain and the course being at Professional Golfers’ Association (PGA) level, and that it was a brand-new course, made Burrowes’ win more impressive.

Shooting under par for three days is a confidence booster because that’s a PGA tour-level course and they play PGA tour events there. For the PGA tour and professional golf, you need to be shooting under par.

“We came in two days early to try and get two practice rounds in, but unfortunately one of them got rained out. So I tried and spend extra time in the one practice round that we got, to try and come up with a solid game plan, and that helped a lot,” Burrowes said.

It’s been a memorable summer for the Hillel Academy graduate, gaining experience at the pro level when he competed at the PGA Latinoamerica BMW Jamaica Golf Championship in May. Despite not making the cut, Burrowes said it was a “real eye-opener for him”, having played with pros from all over the world. He hopes that his experiences will help him as he looks to the next challenge of division one golf at FAU.

“Going to a division-one school in Florida will be a great opportunity for me because going there on scholarship, playing high-level tournaments with high-level players from around the world, that’s just the best way to progress in this game,” he said.

Burrowes hopes that his success and progression will inspire a new wave of junior players in Jamaica. “I just want to set an example for all the junior golfers in Jamaica and obviously, if it worked out for me, if other people see that, then they will be inspired to do the same,” he said.