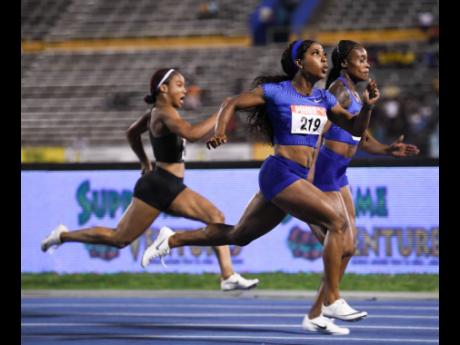 Under normal circumstances, this season of non-stop world championships and world cups would continue in August. That’s because the IAAF World Championships has begun in the eighth month of the year in each of the 16 times it has been staged in the past. The vagaries of the 2019 schedule provide a lull and a time to think.

Sports fans have been delirious with world cups in women’s football, men’s cricket, netball and now the FINA World Championships in swimming. Track and field has its World Championships from September 28 to October 6 and Jamaicans will await impatiently to see what life will be like without the incomparable Usain Bolt.

The schedule hasn’t jilted them completely as the Pan American (Pan Am) Games will present its track and field competition next week, ironically enough on August 6. That might be a tasty preamble to the events that will unfold in Doha. Perhaps because the World Champs are so far away, a strong group of Jamaicans have committed to the Pan Am Games and they should provide something to shout about.

These Games provide major competition in athletics until 1983, when the IAAF introduced the World Championships. Either the events were so close together that top stars skirted away to protect their prospects at the big show or packed summers and regional weather patterns forced the Games into the first quarter of the year or the last.

Either way, because the Games were always in the same year as the World Championships, it lost top billing.

On the list too is 2018 World Under 20 100 and 200m champion Briana Williams. Third in 10.94 seconds behind Thompson and Fraser Pryce at the National Championships in June, her presence has two benefits.

The Games will be her first chance to experience international competition at the senior level, and serve as an introduction to what she will see in Doha.

Secondly, with Williams, Thompson, Nationals 100m 4th place finisher Jonielle Smith and Fraser-Pryce all present, Jamaica will have a chance to test its 4x100m team at full strength. With Williams missing, Jamaica needed a bullet anchor by Fraser-Pryce to rescue a 42.29 second win in London last month. With practice, and with Williams in, fast times look likely.

It would have served Jamaica well if the full men’s sprint relay squad had been mandated to be there too. As ever, the team is staffed with debutants.

In Lima, the Peruvian city hosting the Games, they will all get their chance under the bright lights.

Make no mistake. The results have been modest at the World Championships gone so far this summer.

With that in mind, the Pan Am Games track and field competition should provide a reprieve with a strong team of veterans and newcomers showing that there is light at the end of the tunnel.