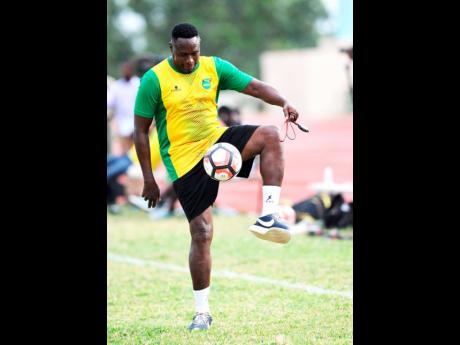 With the new Red Stripe Premier League season on the horizon, Arnett Gardens’ head coach Jerome Waite is urging the club’s supporters to exercise patience, noting that the club is determined to build a team that will feature prominently in the league for years to come.

Waite stated that the club is constructing a youthful team, but pointed out that present and future success remain a priority for the Junglists.

Arnett Gardens, who made it to the quarter-finals of the RSPL last season, where they were knocked out by Cavalier, have released two senior players in the off-season in Ranike Anderson and Jabuer Johnson.

Waite told The Gleaner that the club brought in a number of talented young players in the preseason, as they aim to build a competitive squad for the future.

“One of the things that we targeted in the preseason is players between the ages of 18-23, because we are talking about long-term development, and at the same time, ensuring that we reached the top six,” said Waite.

“We are looking forward to marketing these young players and, hopefully, they can be given an opportunity to showcase their talent at the next level overseas,” he said.

The veteran coach underlines that the club’s supporters are always eager to win, but he said, the game have changed a lot over the past decade and, therefore, one must give the youngsters a chance to showcase their talents.

“Everybody always looking for Arnett Gardens to win the Premier League every year. It is not a situation where it is not possible, but we will have to take into consideration where development of these young players is concerned,” added Waite.

“They will be working with a few senior, experienced players so that they can improve from time to time,” he said. “It will be a work in progress because it is left to be seen as to how fast these youngsters grasp what is expected of them.

As you know, the culture in Arnett Gardens is different from the other clubs, because our spectators are hungry at all times, not only to win games, but to win trophies,” he said.

Waite noted that his coaching staff has been working intensely to improve the fitness of their players ahead of the start of the season, which kicks off in September.

“We are still continuing the conditioning of our team because we don’t start anything technically or tactically as yet and so things are looking good so far for us,” Waite stated.