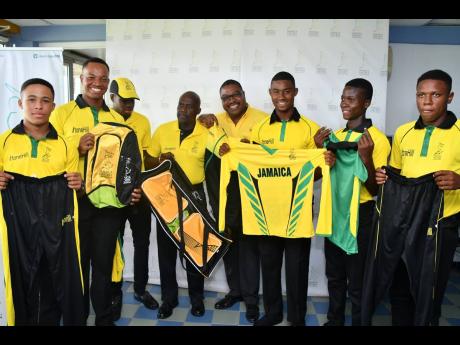 The Windies cricket team will open their 2020 ICC U19 World Cup account on January 18 when they take on Australia at the Diamond Oval, South Africa. Among the contingent will be two Jamaican youth cricketers, a feat that Jamaica Cricket Association (JCA) President Wilford ‘Billy’ Heaven sought to commend.

Jamaica’s U19 cricket captain Kirk McKenzie will be joined by Daniel Beckford as the lone Jamaicans named in the 15-man squad announced for the tournament.

Heaven particularly lauded the two cricketers who were able to make the final cut despite the factors that went against them. In the regional Cricket Windies (CWI) U19 tournament that was used to select the team, Jamaica had a less-than-impressive showing, which saw them end the competition winless and second to last.

Despite this, four players from the team were able to make the provisional Windies U19 squard with McKenzie and Beckford going on to make the final cut.

“We have to put that [CWI regional] competition in context because there were factors outside of our control that ended in the way that our team was placed, but notwithstanding, there are players who are good enough to make the Windies team,” Heaven said. “We have seen where these two players have been included to represent the region.”

As the team undergoes training for the ­upcoming competition, which will be running from January 17-February 9 in South Africa, Heaven believes them to be ideal examples of the type of players the JCA will hope to develop and considers them prospects for Cricket Jamaica’s future.

“I think they are good ambassadors, yes,” he said. “They are good examples as they have shown some of the qualities that we have been asking for among our players. Apart from the technical skills of playing the game, they have shown the dedication ... and the discipline. We have seen where these two players – well, all four of the players that were looked at – have shown their qualities other than playing cricket.”

Windies will be hoping to improve on their previous placement in 2018 where they finished 10th overall after losing the plate finals to ninth-place Sri Lanka.