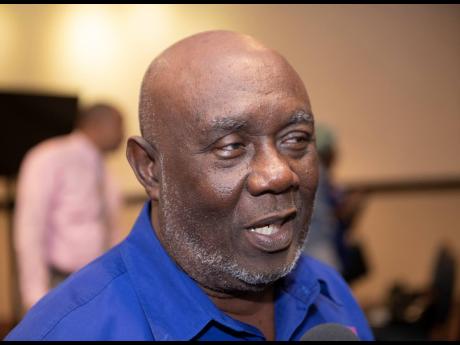 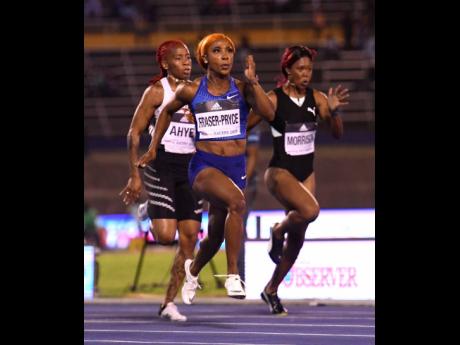 Racers Track Club president Glen Mills says that he was surprised at the improved gold status that World Athletics granted to the Racers/Adidas Grand Prix which is set for the National Stadium on June 13.

Mills was speaking at the launch of the event held at The Jamaica Pegasus hotel in New Kingston yesterday. The meet, in its fifth year, has graduated from a World Challenge Event to gold status on the newly created World Continental Tour for the next 10 years. The new designation means that the meet is the second highest of its kind in the Western Hemisphere, only superseded by the Prefontaine Classic in the United States, a diamond league event.

While Mills said that he did not expect the event to reach such a high level so quickly, he says that the new status validates the worldwide appeal that the meet has amassed, motivating the team to produce a great spectacle for athletics fans locally and internationally.

“We started out with the aim to provide a high quality meet, [a] well run [meet to] mirror what the standard is,” Mills told The Gleaner. “What has happened is that it has caught the attention of the athletic world and hence our catapulting towards this level. But we are happy for it and we are busy working to embrace it and not to let the country down.”

Mills stressed the importance of the meet to not only continue to raise the nation’s sporting profile but also to give local developing athletes the opportunity to compete against world class athletes in their own backyard.

“I’m very excited about it because Jamaica needs to have a world class meet, and it shows. Because what that does, it filters down into the impact it makes on the general athletic population,” Mills said. “From a coach’s perspective, if you have a good youngster, he could get a chance to run against a name he sees on television and so on. And for the country, if we can have a high level competitive event every year, something similar to what happened like the Zurich meet, it’s going to be good for the country and the sport.”

Track and field manager Cubie Seegobin says that the quality of athletes that are interested in being a part of the event is a reflection of the hard work done over the previous four years and has called on corporate Jamaica to align their brands to the event and to the sport.

“We’ve done the work to get the [gold] status,” he said. “Now we need the help from the city, from corporate Jamaica. I think the big international companies need to get on board because it’s going to be sweet.”