‘Schedule changes will have an effect on training’ 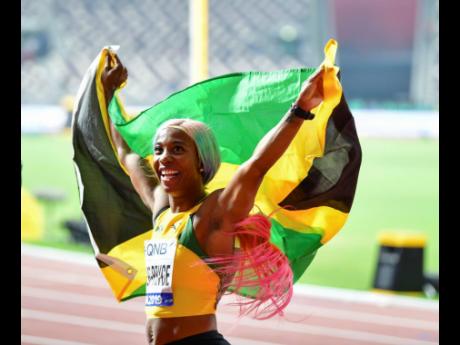 Gladstone Taylor
Shelly-Ann Fraser-Pryce celebrates after her win in the women’s 100m final at the 2019 World Athletics Championships held at the Khalifa International Stadium in Doha, Qatar. Fraser-Pryce clocked an impressive 10.71 seconds.

Enforced changes to the traditional track and field schedule will make athletes approach training differently. That is the expert opinion of Maurice Wilson, founder and head coach of the Sprintec Track Club. In particular, Wilson believes that the traditional view of peaking will have to evolve.

Speaking after the postponement of the Olympic Games to 2021, Wilson says that the sports family will have to adjust.

“I believe that this is a litmus test to all of us who are involved in sports, understanding that we will have to change some of the organised or traditional schedules over a period of time,” he analysed.

Peaking or periodisation will have to evolve, according to the man who has served Jamaica as head coach or technical leader to the Olympics and the

World Championship for the past decade. Asked what will change the most as the international track and field schedule is reformatted, Wilson began, “I don’t believe that periodisation in terms of training is going to be the same as it would have normally been.”

His observation follows last year’s staging of the Doha World Championships largely in October and the intent by World Athletics to stage meets late this year if the danger from the novel coronavirus passes.

“I think based on what is happening now, persons have to be at least 85 per cent to 90 per cent of performing at their best at all times in the specific and competitive period, and in doing so, they will be able to display almost their best at events put on for the public,” Wilson said.

Typically, championships are held in late July and early August, but the Sprintec founder advised: “The world has to be adjusting to different schedules and different timelines based on the virus and I don’t see that being different with any one group, and so as sports enthusiasts, sports practitioners, the athletes, the administrators, they will have to adjust to align themselves to what is happening.”

The 2019 World Championships were staged further down the calendar than any other since the event was first held in 1983. The September 27 to October 6 running order raised concerns that athletes would not be able to peak for a championship that was roughly two months later than usual. However, athletes delivered a high level of performances, topped by a world record in the 400 metres hurdles by American Dalilah Muhammad.