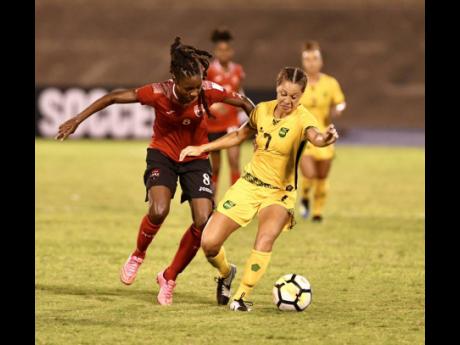 The world’s governing body for football announced last month that the TTFA board would be replaced by a Normalisation Committee in an effort to restore governance and financial stability to the organisation.

The TTFA reportedly totalled debt of over US$7 million (over J$900 million) under the previous administration before Wallace took office last December.

Ricketts told The Gleaner that the TTFA is going through a very difficult time at the moment and that he is hoping that good governance will prevail.

He says that the JFF has been doing all it can to ensure that it stays within the guidelines of FIFA so that they do not suffer the same fate as the TTFA.

“We are fine, and we are doing what we need to do, and contrary to what people are saying, we are okay,” Ricketts said. “We invited FIFA and Concacaf here to help us to reorganise our statutes.

“I have a letter here that we wrote to them from March 2018, six months after we came into office, asking them to help us to reorganise.

“It took two years for them to come, and when they came, we went through the statutes, and FIFA has made suggestions as it relates to changes, and they will send a draft document to us for the board of directors to have another look at.

“FIFA have not instructed us to do anything.”

Wallace told The Gleaner last week that the TTFA has retained the services of sports attorneys Emir Crowne and Matthew Gayle as they seek to overturn FIFA’s decision in the Court of Arbitration for Sports.