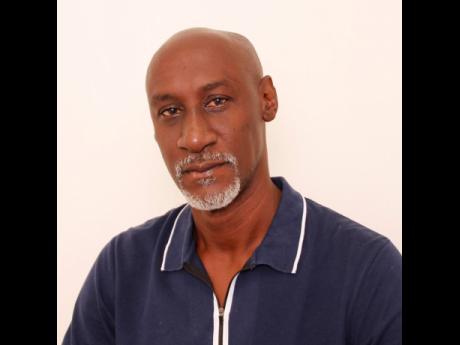 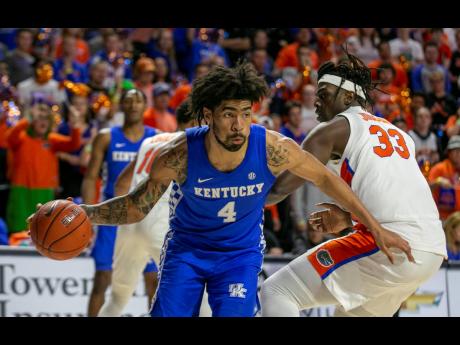 File
Forward Nick Richards drives to the basket during the second half of an NCAA college game between Kentucky and Florida in Gainesville, Florida, on Saturday, March 7.
1
2

Jamaica College (JC) basketball coach Duane Cunningham says that he is happy about the part that he played in guiding national basketballer Nick Richards to the NBA.

Richards, a 22-year-old JC and University of Kentucky past student, was drafted with the 42nd pick to the New Orleans Pelicans in last Wednesday’s NBA draft, but was later traded to the Michael Jordan-owned Charlotte Hornets.

Richards got his start at Old Hope Road under Cunningham, and his progression through the youth ranks to the professional level has delighted the coach.

“Both myself and the school are very proud that we were able to assist in his development,” Cunningham said.

Richards migrated in 2012 and soon became a five-star recruit out of high school, eventually committing his college future to the University of Kentucky in 2017. He spent the next three seasons with the Wildcats under head coach John Calipari, and while his college career was cut short because of the coronavirus pandemic, he was named to the All South Eastern Conference first team in his final season at Kentucky.

Cunningham says that playing for Charlotte, instead of New Orleans, would allow Richards to establish himself and develop into a contributor.

“It’s a better place for him to be,” he said. “I think they need his services more than the Pelicans. I think they are a young team and a growing team. And I think he has the opportunity to grow with them.”

Richards will be joining his former Kentucky teammate P.J. Washington in Charlotte, as well as LaMelo Ball, who was selected third overall in the draft, and NBA All-Star forward Gordon Hayward, who signed with the Hornets on Saturday.

Cunningham says that the main target for Richards should be to impress enough to make the final roster and to adapt to the demands of the NBA season.

“Your body has to get accustomed to playing night in, night out,” Cunningham said. “The drawback with rookies is that they say they run into a wall; the second half of the season they just shut down. [I’m looking forward to him] making the roster and getting five to 10 minutes a game, because he has a lot to learn.”

Training camp is scheduled to begin on December 1, with the regular season tentatively set for December 22.