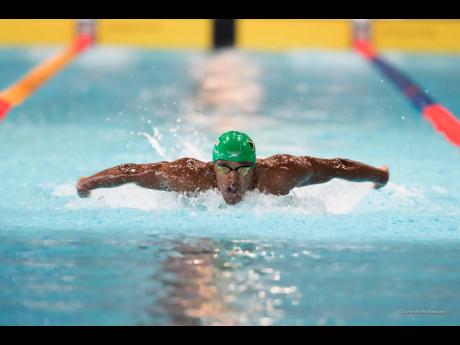 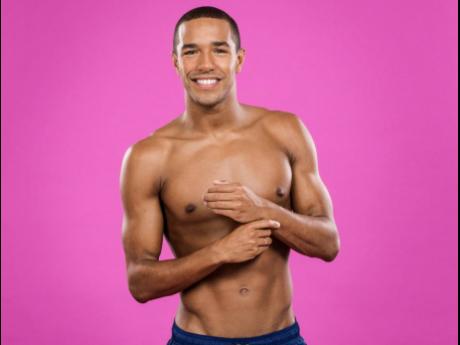 Having taken his first dose of the COVID-19 vaccine, national swimmer Michael Gunning is encouraging other athletes to get themselves vaccinated to combat the pandemic. The England-based national 200m freestyle and butterfly record holder got his...

Having taken his first dose of the COVID-19 vaccine, national swimmer Michael Gunning is encouraging other athletes to get themselves vaccinated to combat the pandemic.

The England-based national 200m freestyle and butterfly record holder got his first dose of the Pfizer/BioNTech Vaccine recently as the British Government continues its vaccination programme for its citizens, which started last December.

“The relief knowing that I’ve had it, the relief that I’ve felt the past couple of days, just feels like this pressure is off my shoulder,” Gunning said.

Front-line workers, as well as the elderly, have been the main priority groups for the vaccine in the United Kingdom, but they have worked towards lower ages groups who have underlying health conditions as well as other categories.

Locally, Jamaica is expected to receive a donation of the AstraZeneca vaccine from India this week as part of the local strategy to fight COVID-19. Japan, the host country for this year’s summer Olympics, has already started its vaccination programme.

International Olympic Committee president Thomas Bach said that vaccination would not be a requirement to compete but has encouraged athletes to take the dose once it is available.

However, 100m world champion Yohan Blake said recently that he would not take the vaccine, and while not outlining specific reasons for his decision, added that he would rather miss the Olympics than take the jab.

Gunning says that taking the dose has given him confidence in knowing that it would make travelling for potential Olympic qualifying events much easier as well as being part of the global fight against the disease. He says that athletes should get the vaccine once it is available.

“I know that I’m going to be travelling around. I know I want more race experience, and if I do go to the Games, I know I will be travelling halfway around the world. Just by having it, you are protecting yourself. You are giving yourself the best possible chance, and I really do think that everyone should just get it done,” said Gunning.

Gunning admitted that he was surprised when he was notified that he would be next in line to be vaccinated despite having an underlying condition himself.

“To be honest I was quite shocked when I got the call from the doctors. I do have asthma, but I’m fighting fit. But nevertheless, I went to the appointment, and I had a really good experience,” Gunning told The Gleaner.

Gunning, who is based in Manchester, detailed his experience, which involved outlining his health history and the nurse explaining the possible side effects, which he was told could include flu-like symptoms or fever. Days after the first injection, he said he has felt fine and is expected to have his second dose in 10 to 12 weeks.

“I’m quite scared of needles, (but) it didn’t hurt at all, and I’ve been really well. I’ve had it days ago, and I’ve been feeling fine since. I did have a little bit of pain in my arm. For two days, it just felt really heavy, but yeah, it was good,” Gunning said.

Jamaica Olympic Association president Christopher Samuda says that they have encouraged local athletes to take the vaccine should it become available, but he is mindful that it is a personal decision that the athletes must make. However, he says that other athletes sharing their vaccination experiences would help to increase the confidence of others to take it.

“The success of others would clearly give you far more of a comfort level. Certainly, those who have already taken it overseas should tell their stories so as to others get a sense of comfort when they are making their decisions,” Samuda said. “There is nothing like having examples before you so that you can be assured that the risk is far less than you thought.”