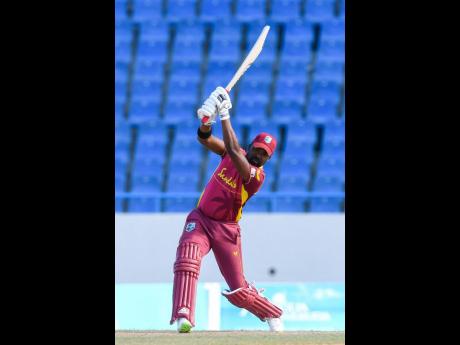 It has been seven years since the West Indies last won a One-Day International (ODI) Series 3-0 in the Caribbean, and the regional side did just that yesterday with a five-wicket win over Sri Lanka in Antigua to sweep the series.

That win was set up largely by a century from Darren Bravo and half-centuries from Shai Hope and captain Kieron Pollard as the West Indies successfully chased down the 275 for five wickets in 48 overs and three deliveries.

Man of the Match Bravo claimed his fourth ODI century of 102, which came off 132 balls and included five fours and four sixes.

The left-hander first shared in a 109-run third-wicket partnership with Man of the Series Shai Hope, who made 64, his sixth consecutive half-century.

The Trinidadian then added 80 runs for the fifth wicket with Pollard before he fell in the 47th over, with the West Indies still needing 26 runs to win.

Pollard, who went on to score an unbeaten 53 from 42 balls, and Jason Holder, 14 not out, saw the home side over the line to secure the whitewash, and more importantly, 10 more ICC Men’s Cricket World Cup Super League points.

Earlier, the West Indies restricted the Sri Lankans to 274 for six thanks to a three-wicket haul for left-arm spinner Akeal Hosein, who bagged three for 33 from his 10 overs.

The Sri Lankans had their best score of the series, thanks to a late-order knock of 80 not out off 60 balls from Wanindu Hasaranga, who hit seven fours and three sixes.

Ashen Bandara chipped in with his second half-century of the series, scoring 55 from 74 balls, with three fours and a six.

Bravo described the day as an important one for him.

“Shai (Hope) gave me the motivation to go out and do well,” he said. “When the second wicket fell, we needed to build a partnership, and one of us needed to stay out till the end. As long as I stayed in the middle, I knew the runs would come. Wasn’t my most fluent knock, but it got the things done.”

The teams will now turn their attention to the Test series, which bowls off in Antigua on Sunday.

A Bandara not out 55

Did not bat: S Lakmal, L Sandakan, A Fernando

Did not bat: F Allen, A Phillip, A Joseph, A Hosein,