Leaving nothing to chance 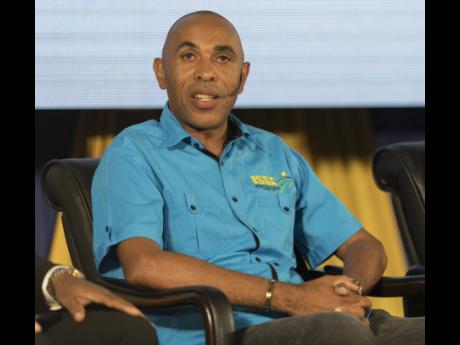 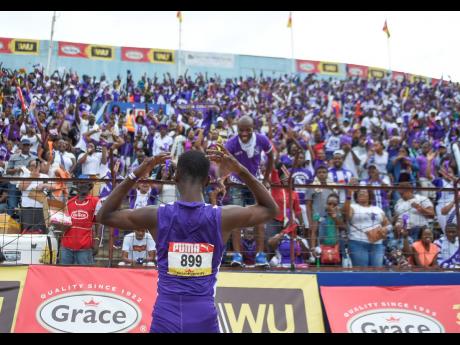 File
Akeem Weir of Kingston College celebrates in front of his school’s supporters after winning the Class Three boys’ 400 metres final on the last day of the ISSA/GraceKennedy Boys and Girls’ Athletics Championships at the National Stadium on Saturday, March 30, 2019.
1
2

President of the Inter-Secondary Schools Sports Association (ISSA), Keith Wellington, said his organisation will be taking no chances and is warning coaches and athletes that they must adhere to the strict COVID-19 protocols and guidelines that...

President of the Inter-Secondary Schools Sports Association (ISSA), Keith Wellington, said his organisation will be taking no chances and is warning coaches and athletes that they must adhere to the strict COVID-19 protocols and guidelines that will be in place at this year’s ISSA/GraceKennedy Boys and Girls’ Athletics Championships.

After months of uncertainty surrounding the staging of this year’s championships, ISSA recently received permission from the Government to stage the event, which will be held from May 11-15 at the National Stadium. No spectators will be allowed at the event.

‘Champs’, as it is called, was cancelled last year after the first confirmed COVID-19 case in the island, and there were doubts that the event would return this year, as officials struggled to secure approval from the authorities in the midst of an increase in COVID-19 cases across the island.

Wellington told The Sunday Gleaner that he is delighted that after months of planning and submission of their protocols, they have finally received the go-ahead to stage the event.

“I think that we are relieved that the students will get an opportunity to express themselves,” said Wellington. “We are also wary of the fact that this is something that we have to be very meticulous with, in terms of our planning to ensure that we create a safe environment for them to participate in.”

“We would have started our planning from as early as October, but actually, the work has just begun now, because we have to put all of these protocols into play,” Wellington said.

The championship was initially set for March 23-27, but a surge in COVID-19 cases saw a tightening of movement across the island by the Government, resulting in the date being pushed back to April. This date was also affected as the Government put in place, several restrictions to stem the spread of the virus, while putting a halt to sporting events across the island.

Michael Dyke, head coach of reigning Girls Champions, Edwin Allen High School, welcomed the confirmation of the championships and expressed particular delight for final-year students, who will now have the opportunity to showcase their abilities on the stage for potential scholarships and sponsorships.

“I am very excited because I am happy for the outgoing seniors,” said Dyke. “The fact they didn’t get a chance to compete last year, they are really looking forward to the championships. I think this will really help to lift the spirits of the kids, who have been training with a lot of uncertainty,” said Dyke.

“Going forward, we are hoping that things will remain as safe as possible and we would be able to compete without any form of incidents,” Dyke added.

Meanwhile, noted sports physician Dr Akshai Mansingh, who has over the past few months warned against a widescale return of sports in the current environment, believes the event can be executed without presenting any risks to participants.

“I am elated with the fact that track and field at the high school level will return in such a way,” said Mansingh. “Track and field is not necessarily a high-risk activity and if managed properly, it can be executed. One concern would obviously be the numbers that would be attracted to Champs and whether there can be any modification this year.”

The 2019 championship was won by Kingston College for the boys’ crown and Edwin Allen High School for the girls’ title.