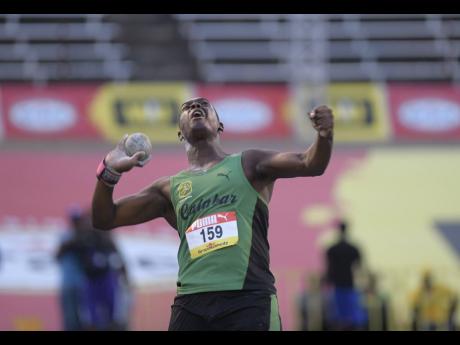 Student athletes preparing for the ISSA/GraceKennedy Boys and Girls’ Athletics’ Championships (Champs) next month will step up their preparation as the Jamaica Athletics Administrative Association stages its final qualifying series of trials with the Last Chance meet at three venues today, starting at 8:30 a.m.

The National Stadium, Stadium East, and Calabar High School are the three venues that will host the meets.

The National Stadium and Stadium East will host the boys competing in the morning session, while Calabar will host the girls. The afternoon session will begin at 1 p.m.

At Calabar, reigning girls champions Edwin Allen High School will be strongly represented in the 1500m in all classes, where the three individual Central Athletics champions will be competing.

In Class One, Jessica McLean will go up against St Jago High School’s Alecia Douglas, and Vere Technical High School’s Kris-ann Plummer. Class Two will see Rickeisha Simms, while in Class Three, the champions will have Rhianna Gayle.

One of the highlights of the meet will be the Class One boys’ discus throw, which will feature all the top contenders for the medals at Champs. The home team duo of Zackery Dillon and Kobe Lawrence will take on Kingston College’s Ralford Mullings, Edwin Allen High School’s Trevor Gunzell, and Central Championships winner and record holder Brandon Lloyd of Clarendon College.