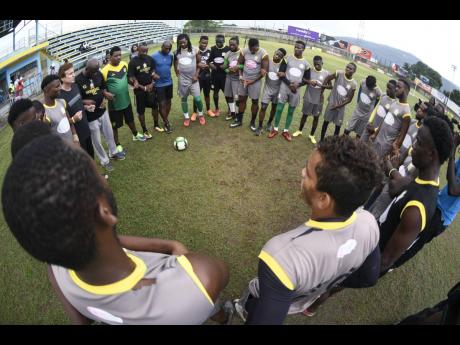 The preliminary inspection of the training facilities of 11 of the 12 Jamaica Premier League clubs has been completed, with at least half of those already receiving a satisfactory mark. The outstanding club is expected to be inspected today, and...

The preliminary inspection of the training facilities of 11 of the 12 Jamaica Premier League clubs has been completed, with at least half of those already receiving a satisfactory mark.

General Manager of Professional Football Jamaica Limited (PFJL), Arlene Martin, noted that the Ministry of Health and Wellness is currently focusing on conducting follow-up inspections of the facilities that have not met the criteria for approval.

“They still have to look through what we sent back, but we expect all (inspections to be completed) by tomorrow (today). We are now looking to wrap up the follow-ups by this week,” she added.

She noted that the follow-up inspections will examine minor requirements such as the labelling of the contents of cleaning chemicals as well as additional signage and washing and sanitisation stations.

“All of these would have been in the protocol document. It is just the confirmation of these things. So most of the things are simple, and they just want to make sure they are done,” said Martin.

Martin noted that teams would not be allowed to train at their facilities until the ministry is fully satisfied with the safety systems and protocols in place at every venue.

The PFJL, on May 5, was given the green light for the playing of the Jamaica Premier League, Jamaica’s top-flight domestic football competition, after accepting protocols from the organising body.

The return of the competition, which is expected to get under way in the middle of next month, will end 15 months of inactivity in the sport.