‘A method to the madness’ 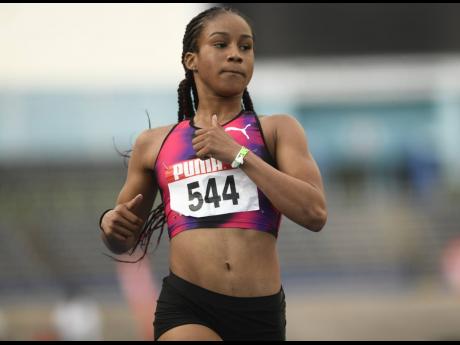 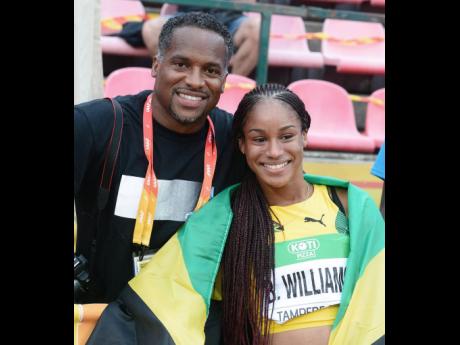 Ato Boldon, coach of Under-20 double sprint World Champion Briana Williams, says her feat of breaking the national under-20 record yesterday, was just part of the grander plan to get her ready for the National Senior Championships next month. This...

Ato Boldon, coach of Under-20 double sprint World Champion Briana Williams, says her feat of breaking the national under-20 record yesterday, was just part of the grander plan to get her ready for the National Senior Championships next month.

This meet serves as trials for the Olympic Games in Tokyo, Japan, this summer, and Boldon is preparing her to run three rounds at the meet.

Williams, 19 years old, ran 11.01 seconds at the JAC Summer Open in Jacksonville, Florida, yesterday, eclipsing the previous time of 11.02s, which she set at the Great Southwest Classic in Albuquerque, New Mexico almost two years ago.

However, she was not giving her full self in the race as she ran two of four rounds yesterday and will face a sterner task on the track today.

She will face compatriot Veronica Campbell-Brown, American English Gardner, and Tynia Gaither of The Bahamas in the meet’s semi-final.

Boldon says he was not surprised by her record.

“[It was] expected, but the real test is tomorrow against the pros,” Boldon told The Gleaner yesterday. “There was a time during indoors that I thought this season was going to be a lost one, and because she had a recurring injury, I was finding it hard to train around or get over.

“She confessed to me today she thought the same thing. It affected her 200m preparation, but her 100m has turned out better than expected, and I expect she will run faster before we leave this city tomorrow night.”

Boldon says such a packed schedule over two days is one he wanted for Williams as it will make her more battle hardened.

“There’s always a method to the madness,” he said. “Because she’s under-raced, she needs high-quality races. Tomorrow, she’ll get two. I also have to get her ready for maybe the toughest Jamaican Olympic trials ever, so this weekend is about being able to run faster for four consecutive races. If she can do four, she can do three in Kingston.”

Boldon says a time of 10.8s or better would suffice to make the team while 10.9 may only be good enough for a spot on the 4x100m relay squad.

“It’s not tricky, though,” he said. “Briana didn’t drain the tank today. That will be evident tomorrow.”