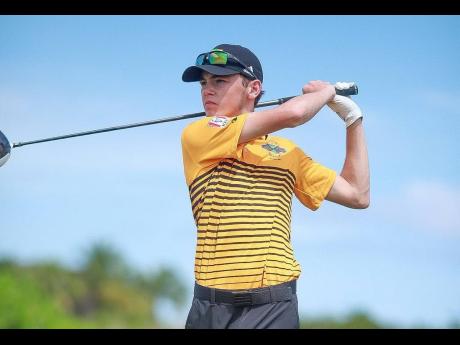 The tournament returns after last year’s cancellation due to the COVID-19 pandemic. Jamaica, which finished as runners-up in 2018 and 2019, will be looking to go one better this year, with several seasoned youngsters eager and ready to take on their regional counterparts.

Five-time national representative Rocco Lopez, who placed third in the under-15 category in 2019, will step up to the 18-and-under category alongside Campion College captain Michael Lowe, who will be making a return to the team after missing out last year.

Radino Lobban will be making his third appearance, with first-timer Zaniel Knight named as a reserve player.

In the girls’ equivalent, Emily Mayne will step up from the 15-and-under category to lead the charge in her fifth appearance at the championships, while Eryn Blakeley will be making her third trip with the national team.

The 13-and-under boys team will be led by Aarron Gosh, while 10-year-old Ramsay Wayner will have to await approval from the Caribbean Golf Association to determine if he will be eligible to play for the first time in the category.

Newcomer Kemari Morris will be the reserve player, while the girls’ equivalent will feature Samantha Azan and first-timer Anoushka Khatri.

The Jamaica Golf Association Junior Golf Chairman, Alison Reid, says the team is eager to showcase their talent at this year’s championship.

“The junior golf team is pretty strong with a lot of experienced players, some of whom have been playing for over five years. We have strong juniors in each category and I think coaches Jonathan Newnham and Jason Lopez brings a different strength to the table, which I believe will help the team to be both strong mentally and from a golfing standpoint,” said Reid.