Anderson remembered as the quintessential all-rounder 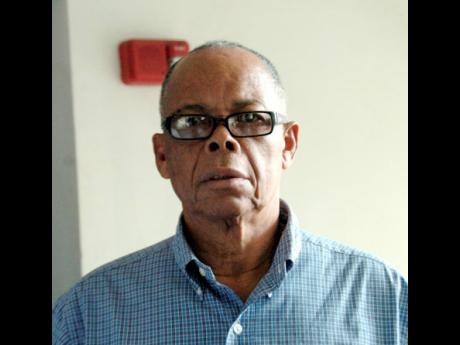 He was described as a man that worked hard and played hard. Alva Anderson, the 83-year-old businessman and sports enthusiast, passed away on Thursday after ailing for some time.

Outside of his early professional life and astute business dealings ranging from Jamaica Milk Products, now Nestlé Jamaica limited, to the National Housing Thrust, Anderson was said to have dedicated his life to sports administration in his later years, having represented Jamaica at football, hockey, and boxing in the 1960s and ’70s.

The Jamaica College and Cambridge University graduate wore many hats, from serving as president of the Jamaica Men’s Hockey Association, to becoming a board member of the Jamaica Boxing Board (JBB), and the National Sports Limited. He was also the vice-chairman of the Organizing Committee for the International Federation World Netball Championships in 2003 and director of the Local Organising Committee for Cricket World Cup 2007.

Former president of Jamaica men’s hockey, Don Anderson, described Anderson as an all-around personality who was strong, yet fair, on and off the field.

“Sports in Jamaica would have lost somebody who, to me, was a rarity,” Anderson told The Sunday Gleaner. “He played hard and he was a very outspoken gentleman, but notwithstanding, he was a very balanced individual who was very passionate about himself, and his sports.”

Don recounted many clashes between himself and Alva when both represented their respective teams Black Hawks and Kingston in the men’s hockey league in the 1980s.

“He was a fierce, aggressive, and quarrelsome player on the field and wasn’t afraid to speak his mind regardless of who was offended,” he recalls. “Nevertheless, he was a warm-hearted individual.”

JBB General Secretary and close friend, Leroy Brown, worked alongside Anderson, where he helped to raise the profile of the sport after becoming vice-president of the board.

Brown said that it was Anderson’s philosophical ideas and programmes that helped to boost the profile of some of the young amateurs and also with acquiring training for coaches.

“He was a very talented and strict administrator,” Brown said. “When it came to getting things done, he believed in doing it properly and that was his mantra right throughout his life.”

Anderson, who also served as president of the Kingston Cricket Club, mentored several stalwart cricket administrators, including former Cricket West Indies President Dave Cameron, who labelled Anderson the most ‘wholesome’ human being he has ever met.

“Alva was always supportive of me and always offered encouraging words from I was president of Kensington Cricket Club, to president of Cricket West Indies,” Cameron said. “He gave of himself selflessly to everybody and made everyone feel special around him. You knew he cared for you if he abused you, and for that, we are eternally grateful.”