Stakes high for Whitmore, who like in 2013, starts World Cup qualifying campaign with daunting trip to Azteca 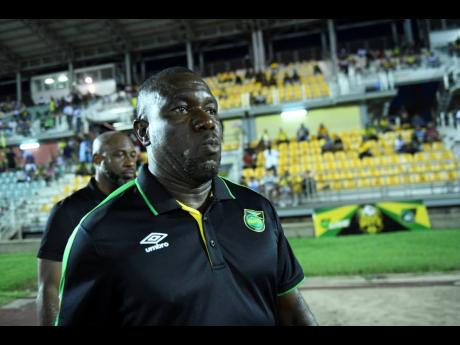 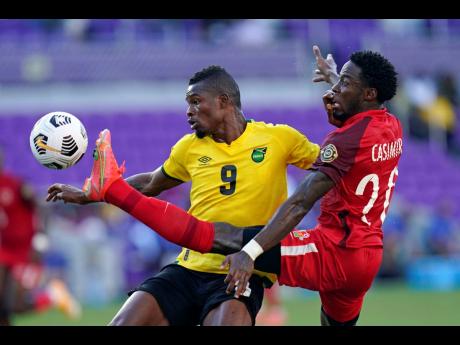 AP
Guadeloupe defender Stevenson Casimir tries to clear the ball before Jamaica forward Cory Burke (left) can get in position for a shot on goal during the first half of their Concacaf Gold Cup Group C match, in Orlando, Florida, on Friday, July 16.
1
2

Just like when Theodore Whitmore took charge of the national senior men’s football team for the FIFA World Cup 2014 qualifying campaign, he finds himself in Estadio Azteca for the first qualifier. The Jamaicans face Concacaf Gold Cup and Nations...

Just like when Theodore Whitmore took charge of the national senior men’s football team for the FIFA World Cup 2014 qualifying campaign, he finds himself in Estadio Azteca for the first qualifier.

The Jamaicans face Concacaf Gold Cup and Nations League runners-up Mexico in a game where heavy scrutiny will be on the coach.

In 2013, Jamaica had a spirited performance in Mexico City and created good chances, but wastefulness in front of goal meant they left with only a point after a goalless draw.

Eight years later, a team that features more high-profile players, must now live up to their billing after what Jamaica Football Federation (JFF) President Michael Ricketts described as a “disappointing” exit from the Gold Cup quarterfinals in the summer.

There, the Jamaicans dominated possession in all four games played but were again wasteful with chances created.

Whitmore, goalkeeper Andre Blake, defender Damion Lowe, and winger Leon Bailey said publicly on numerous occasions that if the Reggae Boyz are to qualify for the World Cup in Qatar next year, it must be with the full support of the JFF in ensuring that there are no ill-feelings regarding player remuneration and that player welfare is satisfactory and taken care of as early as possible before the start of the campaign.

Ricketts said that investment was made ahead of the Gold Cup, and this was the reason for his disappointment, however, there was no suggestion that Whitmore’s job was on the line for the Gold Cup exit.

Now, Whitmore must prove to the JFF that the money spent luring those high-profile players away from the United Kingdom and other areas of Europe has not been in vain.

Whitmore himself was frustrated with the team during the Gold Cup, saying after games that the performances were good but criticising the team for lacking ruthlessness in front of goal.

Now, he says that he expects all players to give full commitment tonight.

“We’re in a World Cup qualifier, and we just have to treat it that way,” Whitmore said during the pre-game press conference yesterday. “We have a game to play against the Mexicans, and we’re going there to play the game and hope everyone can give 110 per cent in that game and look for a positive result.”

That positive result may prove a daunting task if the Reggae Boyz are to pay attention to past results at the Azteca. The draw in 2013 was the only time the team came away without a loss. But Whitmore says the players are well aware of what is expected of them.

“It’s a challenge, not gonna say it’s not,” Whitmore said. “But again, the players who are here, except for [Anthony] Grant (a Swindon Town midfielder who has received his first call-up), would have known each other, would have played at some point on the national team, so they would have known what we are doing, what we hope to achieve, and come tomorrow, we just have to go out there and put our best foot forward.

Captain Andre Blake is expected to start in goal, while Adrian Mariappa, Damion Lowe, Kemar Lawrence, Oniel Fisher, Alvas Powell, Javain Brown, and Richard King (also receiving his first call-up) are all expected to compete for a place in what is expected to be a four-man backline as Whitmore has favoured a 4-3-3 formation over recent games.

Junior Flemmings, Cory Burke, Shamar Nicholson, Blair Turgott, Norman Campbell, Javon East, and Romario Williams will each hope to get one of the expected three spots across the forward line.

The game kicks off at 9 p.m. Jamaica time.