Fraser-Pryce upbeat ahead of DL Final 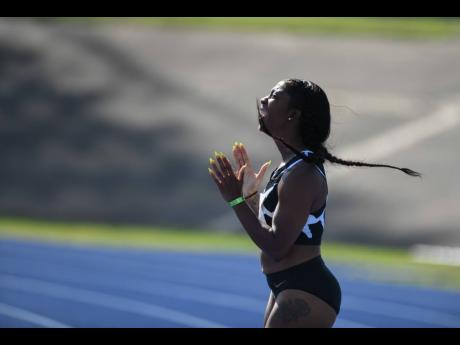 Fraser-Pryce was critical of her personal best (PB) 10.60-second run at the Lausanne Diamond League meet in Switzerland 11 days ago, saying she could have run a better race. However, she now says she was pleased with her decision to take a break afterwards and is now looking ahead to the Diamond League (DL) final.

“I took some time after Lausanne to get back into things, and I’m looking forward to the next one because I definitely think, technically, I was very good in that race,” she said in an article on World Athletics’ website. “I was glad I was able to get the break. I needed it to regroup and come again. I’m back in the groove now and hoping the next two races (Zürich on Thursday and Bellinzona on September 14) will be good.”

She also said she wants to lower her PB and become the third woman in history to go below 10.6s.

“That’s what I’m working towards. Let’s see if I get there,” she said.

National 400m hurdles champion Jaheel Hyde was also in action on the day. He clocked 48.89s for third in the event behind winner Alison dos Santos of Brazil, who set a meet record of 48.50s, and Turkey’s Yasmani Copello, who was second in 48.80s.

Megan Tapper, Jamaica’s Olympic bronze medallist in the 100m hurdles, was second yesterday in 12.75s. She was beaten by Nigeria’s Tobi Amusan (12.64s).

Candice McLeod was the other Jamaican in action on the day. She clocked 51.88s for third in the women’s 400m race behind the Polish duo of Natalia Kaczmarek (PB 50.70s) and Anna Kiełbasińska (51.19).