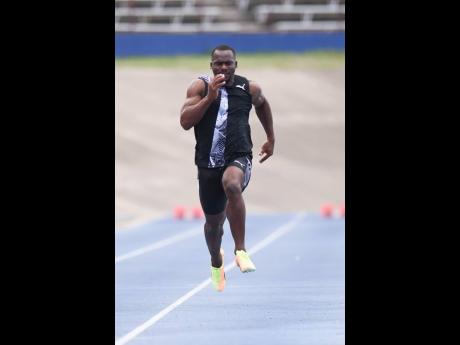 The RJRGLEANER Group understands that Carter will face an Independent Anti-doping Disciplinary Panel (IADP) on Thursday, October 14 after testing positive for a banned substance recently.

His legal representative Stuart Stimpson however declined to give details on the substance or nature of the positive test.

The IADP will be headed by Kent Gammon and will also feature Dr Japheth Ford and Heron Dale, but the hearing, referred to the body by the Jamaica Anti-Doping Commission, will be conducted virtually because of the COVID-19 pandemic.

Carter's first case came about in 2016 and regarded a retroactive positive finding for the banned substance Methylhexaneamine, from the Beijing Olympic Games in 2008, where he was a member of Jamaica's gold medal winning Men's 4x100m relay team with Usain Bolt, Asafa Powell, and Michael Frater. The team was since disqualified and stripped of its medal by the International Olympic Committee. Carter went to the Court of Arbitration for Sport to appeal the decision three years ago, but was not successful.

Carter, who turns 36 years old on Monday, is the ninth fastest man of all time, and fourth fastest Jamaican over 100m, with a personal best of 9.78 seconds. He officially announced his retirement in August.

At the time of the announcement, he said that a medical condition which required treatment by a drug that violates anti-doping rules, prescribed by his doctor, forced his decision.