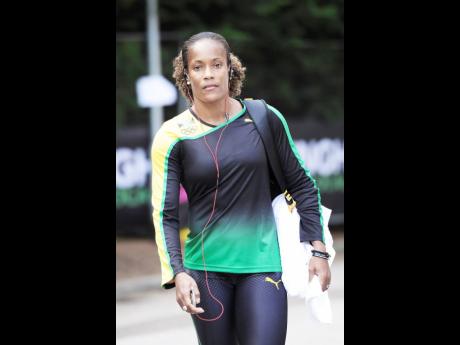 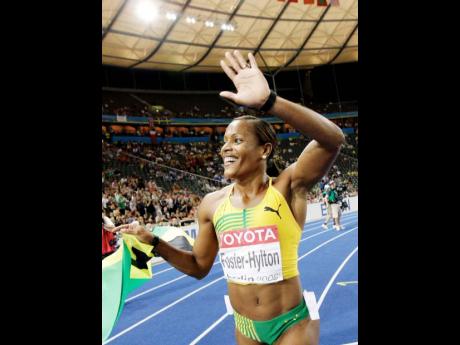 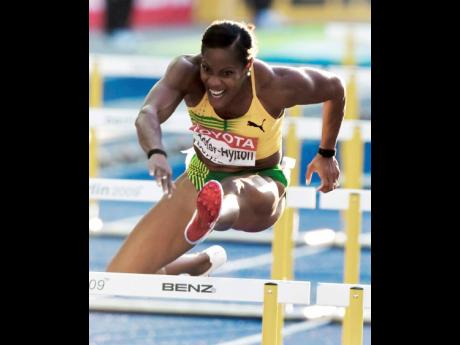 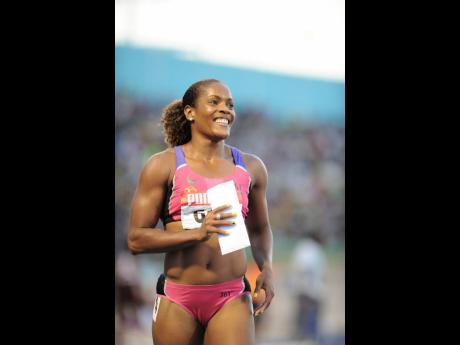 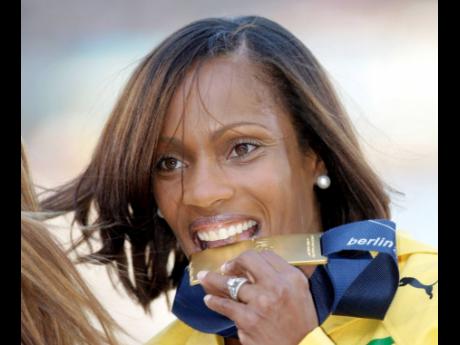 WHEN FORMER World 100m hurdles gold medallist Brigitte Foster-Hylton retired from athletics in 2012, she knew she was going to need something to fill the competitive void that would remain.

Foster-Hylton always had a love for tennis and had even longed for the day when she could play competitively. So upon retiring, a transition to her 'long lost love' was an eventuality.

And as is the case with many elite athletes, her growth in a sport outside of the one she dominated has been phenomenal. In four years, Foster-Hylton has played in four tournaments and has won two, making the final in another.

Now, the 2009 100-metre hurdles World Champion is now looking to test herself overseas.

“I followed tennis because of Serena and Venus (Williams) since I was a young girl, even while in college and I love tennis.

“While I was training with MVP (as an athlete) I would turn up for training and people would ask me why I look so tired, because I was up watching the Australian Open,” she recalled.

She said from her athletic days she wanted to take lessons but her husband Patrick Hylton, also a big tennis fan, refused to allow it, always citing the possibility of injury.

However, after her retirement, she started lessons with former national players Dwayne Pagon and Chris Lewis, and she decided to enter her first tournament a year later.

“I was always yearning for the day when I retired so I could start taking lessons. I started training in 2013 and entered my first competition a year later and a lot of people said I was brave.

“The tennis community was not very encouraging, a lot of people said to my face I should stick to track, and that was so unkind.

“But I didn't take it personally, I just wanted to learn the sport and I didn't have any serious intention to compete at that time,” she said.

However, she managed to take a few points off the tournament's top seed, Sasha McDonald, and that gave her confidence.

“I went into that match saying I was going to lose 6-0, 6-0 but I won a few games and I was really encouraged, even though I dropped out in the first round,” said Foster-Hylton.

However, since then she has grown from strength to strength, winning a WATA Amateur Championship and an All Jamaica Open title.

Also at the recent Jamaica Open, she finished second. Despite the defeat, Foster-Hylton is now enjoying the new sport.

A lot to improve on

“By my third tournament I was a champion. It gives me a lot of confidence (knowing that I can compete locally). But I know I still have a lot to improve on,” she said.

“I was disappointed that I lost the (Jamaica Open) final because I am a competitor.

“But I played an experienced player in the final and she handled the more important points much better, like the deuce points.

“I was serving for the second set and the nerves and pressure got to me and I had too many faults and I broke down.

“So I have things to work on but I am just ready for the next tournament coming up,” she commented.

She now wants to see how she will stands up against other international competitors.

“I really enjoy the game and when I compete I get to see how I match up against others and how I am improving.

“I am coming from track and field, I have a competitive desire and when I retired I missed that aspect of it and the adrenaline that comes from competing.

“I miss the training as well but tennis is a sport that you can play until you are very old and I get to compete, so I get some of what I am missing from track and field,” she said.

“I now want to go abroad and compete in one of the B leagues. It is something that I have been looking into, but the pandemic has delayed it. But I really want to enter those leagues and see how my skills matches up internationally,” she said.