No clearer picture over Demarai Gray 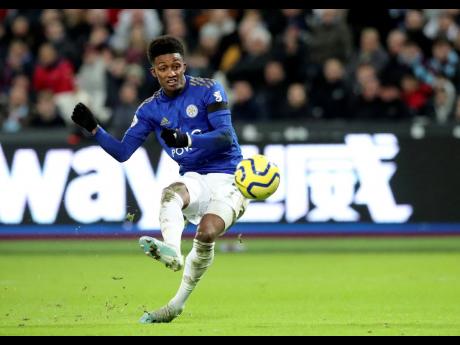 DESPITE SOCIAL media reports suggesting Everton winger Damarai Gray has received a Jamaican passport, the winger will not be available for selection for the Reggae Boyz next three Concacaf FIFA World Cup qualifiers.

According to Reggae Boyz interim head coach Paul Hall, Gray is yet to receive his Jamaican passport.

“Due to personal and administrative reasons, Damarai is not available for selection,” said Hall. “I am not sure that he is able to get his [Jamaican] passport at this particular time,” he said.

“We are always interested in top players who can push us forward and help us improve and he is most certainly a top player,” Hall said.

The 25-year-old, who has netted five goals in the EPL this season, is qualified to represent the country by virtue of having Jamaican parents.

The Jamaicans will close their campaign with three more games in March against El Salvado at home on the 24th, Canada away on 27th and Honduras on March 30 at home.

Hall, a former Reggae Boy, who helped the team earn its sole berth at a FIFA World Cup back in 1998, underscored that they are now hoping that Gray will be available for selection for these final three World Cup qualifiers in March.

“I can only focus on the players that are available and when he is available to us, I am sure that he will be considered for selection,” he said.

“I am focusing on the players that are available because they are the ones that can help us get over this line,” Hall said.

“He is a very good player, as they all are, and the door is wide open to all players who are of the level that can help us push forward,” he said.

Continuing, Hall added: “We are optimistic that we can attract players that can help us push forward and focus on winning these next few games.”

The table is led by Canada on 16 points, with the United States next on 15 while Mexico and Panama round out the top four with 14 points each. Costa Rica are just ahead of the Reggae Boyz on nine points. The top three countries from Concacaf qualify automatically to the FIFA World Cup. The fourth-placed country will enter a play-off for the chance to also make the final.