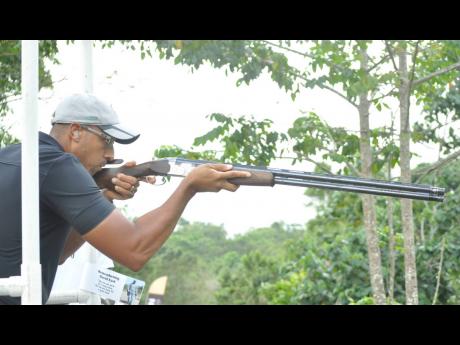 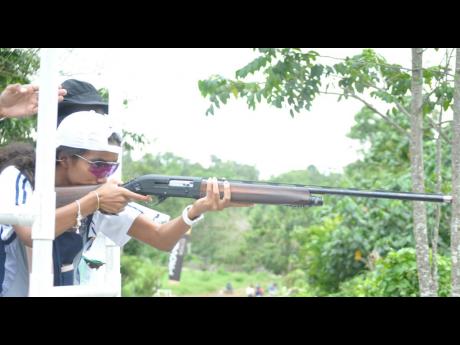 Defending champions Craig Simpson and Aliana McMaster are raring to take to the course in the Proven David East Memorial sporting clays challenge which is organised by the Driftwood Gun Club. The shoot will be held tomorrow at the picturesque Murphy Hill Estate which overlooks the town of Ocho Rios.

It kicks off the first shoot of the year for the Jamaica Skeet Club, which has a robust calendar for 2022 after paring down its events in 2021 due to the COVID-19 pandemic.

“I think we are all looking forward to the start of the 2022 season. This venue in particular is one that we are all excited to attend. We are looking to a competitive course, technical course,” Simpson said.

“I am feeling very positive going into this weekend, especially since this event gave me my first opportunity to display my hard work and the time and effort that had been going in to just progress and become a better shooter. This is where all my all my major achievements started and as of defending my first position, I don’t really see it as defending anything because you are only as good as your last practice and the scorecards will be all blank this year going in, so last year had its story and this year will have its own,” said Aliana McMaster.

JUNIORS SHOULD DO WELL

The juniors should also do well as they have been posting wins against some of the top shooters. Juniors such as Danzell Knight, Mark Desnoes and David Wong will be on the course to challenge for top spot.

The shooters will compete in various classes including A-E, Junior A-D, Sub-Junior, Ladies and Hunters or beginners.

The 2022 staging will see the continuation a number of changes started in 2020. These include a one-day shoot instead of two days in order to reduce the contact time among the shooters; no hospitality on the course and no after shoot prize-giving or lyme; mask wearing, temperature checks on entering the venue, no shooters briefing, physical distancing and importantly fewer shooters on the course at any one time. There will be two start times (9:30 a.m. and 1:30 p.m.), which will lead to a longer day overall but makes for easier social distancing with fewer shooters on the course.

The proceeds of the tournament will be used for the Driftwood Gun Club’s charities which are dominated by educational support in the Treasure Beach area in the parish of St Elizabeth.

Club president, Ian McKay, is happy to have Proven on board for a second year as title sponsor. He credited David East who passed in 2020 with playing a pivotal role in securing the venue as the home of the club’s annual competition. He said that East was a visionary and only wanted the best for sporting clays in Jamaica, hence the competition was named in his honour.