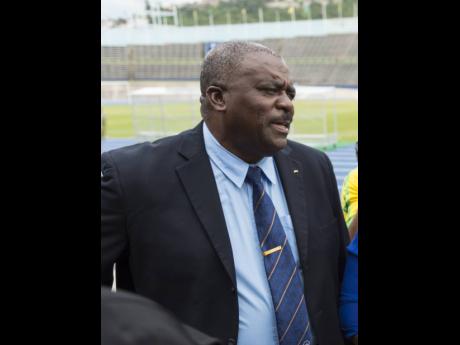 JAMAICA FOOTBALL Federation (JFF) vice president Raymond Anderson says that they are looking to get clarity on how Jamaica Premier League 2022 finalists Harbour View and Dunbeholden will operate in Conacaf’s new competition ecosystem next year.

Anderson was speaking at Friday’s Jamaica Premier League press conference ahead of today’s final between Harbour View and Dunbeholden at Sabina Park at 6:00 p.m.

The top two teams would normally qualify for the Caribbean Club Championship but that competition is being replaced by a new one come next year because of the expansion of the Concacaf Championships League (CCL), starting in 2024.

With talks of a possible Caribbean professional league ongoing, Anderson said the JFF had not yet heard from Concacaf on further details of the new competition.

“It is not concrete but based on discussions, the Caribbean is trying to put a professional league in place. It is still in the embryonic stage,” Anderson said.

“(But) there will be room in the Caribbean for both teams to participate in that competition.”

According to the new format, unveiled in June, 10 clubs will compete in the new tournament with clubs, consisting of the top two clubs from Trinidad and Tobago, Dominican Republic and Haiti with the top three teams qualifying for the 2024 CCL.

Harbour View head coach Ludlow Bernard said that regional competition has been a part of their motivation in their play-off run this season and is hoping for a clear picture from Concacaf.

“This is something that the players would have been looking forward to. We kept emphasising, even in the semi-finals, that initially we needed to get into the top two to qualify ourselves for these opportunities. But I am still hopeful that something can happen,” Bernard said.

“We still have our ambitions because there is every intention to build on this squad and improve it and create a team that can compete annually for titles and for championships and qualify for international tournaments.”

Dunbeholden manager Paul Christie, however, was more focused on their preparations in their first-ever finals appearance, rather than their anticipated regional obligations in 2023.