JPL final brings changing face of football to the fore 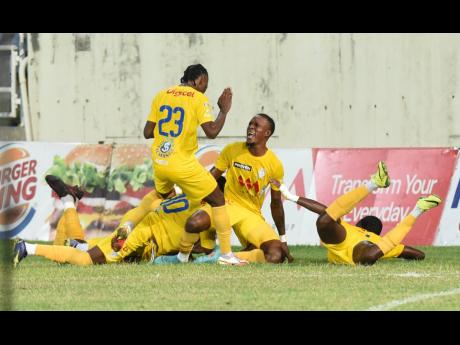 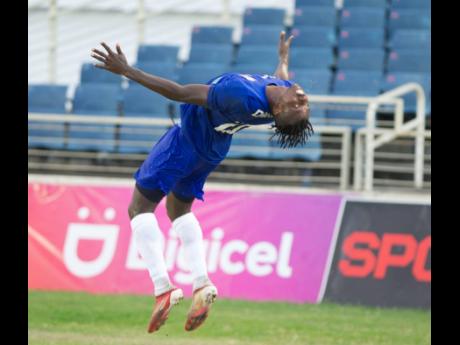 WHICHEVER TEAM emerges winner of the 2021-22 Jamaica Premier League (JPL) title after this evening’s final between Harbour View and Dunbeholden at Sabina Park starting at 6 o’clock, it will be a remarkable season for that team.

Four-time champions Harbour View only secured their play-off place on the final day of the regular season but they have improved in leaps and bounds over the course of the knockout phase and would considered this season the completion of their return to being one of the top clubs in the island.

Dunbeholden, on the other hand, are in their first final after just a few years in top-flight football, an exceptional achievement, and if the Harold Thomas-coached team manages to go all the way, it will be considered one of the great feats in local football history.

Despite being in their first final, Thomas said his team is feeling no pressure, only motivation to win their first JPL title and he is confident they can get the job done.

“For us this is a major achievement. We started the season with the intention of going all the way. We have also qualified for the Concacaf Club Championship, so that is a bonus for us. There is no pressure on us, just aspirations and goals. These players will not be denied today (Wednesday’s semi-final) and they will not be denied in the final. The community has been waiting a long time for something like this and this is something that will inspire this poor community,” he said.

Thomas, a former Harbour View coach, is fully focused on getting one over on his former employers and promised his team will stick to their attacking principles.

“You know where my sentiment is and it is not at Harbour View. They (Harbour View) are a good team, a team of fighters. They play good football but occasionally they make mistakes like they did today (Wednesday) but they can rebound and it is not good to give them the opportunity to go ahead.

ONE FOR THE SPECTATORS

While Dundeholden maintained a top-two position through the regular season, Harbour View came through the door, just at the last minute.

Coach Ludlow Bernard, who pointed that his team has found their form at the right time, also has multiple motivations coming into today’s grand finale.

This includes restoring the club’s prestige, winning the title after finishing sixth in the standings, and adding the Premier League title to the Manning Cup and Olivier Shield trophies he won earlier this year.

“At harbour View it is very important that we get back on track and put ourselves in a position where we become marketable and visible again. It is good for the product and brand Harbour View and, of course, we expect to go all the way.

“I wanted to keep quiet until Sunday but it (winning JPL with Manning Cup and Olivier Shield) is an ambition that I have. But of course it would be a very good achievement for Harbour View Football Club to win title number five. The players are really upbeat about this final they said they want it and they need it,” he said.

Dunbeholden make for a significant challenge though.

“It is not going to be easy, they have been fighting very well. We lost to Dunbeholden once in the regular season, they got the better of us. But this time, with the momentum that we have, we are banking on it to bring us through,” he said.

In the third-place match at 3 p.m., Waterhouse take on Cavalier in a repeat of last season’s final.