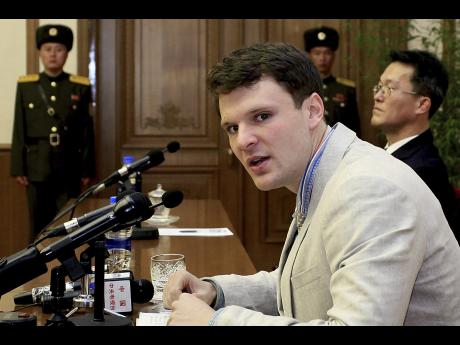 Otto Warmbier, a comatose American college student who was released by North Korea last week, died yesterday afternoon. He was 22.

The family announced his death in a statement released by UC Health Systems, saying, "It is our sad duty to report that our son, Otto Warmbier, has completed his journey home. Surrounded by his loving family, Otto died today at 2:20pm."

The family thanked the University of Cincinnati Medical Center for treating him but said, "Unfortunately, the awful torturous mistreatment our son received at the hands of the North Koreans ensured that no other outcome was possible beyond the sad one we experienced today."

They said they were choosing to focus on the time they were given with their "warm, engaging, brilliant" son instead of focusing on what they had lost.

Warmbier was sentenced to 15 years in prison with hard labor in North Korea, convicted of subversion after he tearfully confessed he had tried to steal a propaganda banner.

The University of Virginia student was held for more than 17 months and medically evacuated from North Korea last week. Doctors said he returned with severe brain damage, but it wasn't clear what caused it.

Parents Fred and Cindy Warmbier told The Associated Press in a statement the day of his release that they wanted "the world to know how we and our son have been brutalized and terrorized by the pariah regime" and expressed relief he had been returned to "finally be with people who love him".