G-20 shut Trump out on climate, strike deal on trade 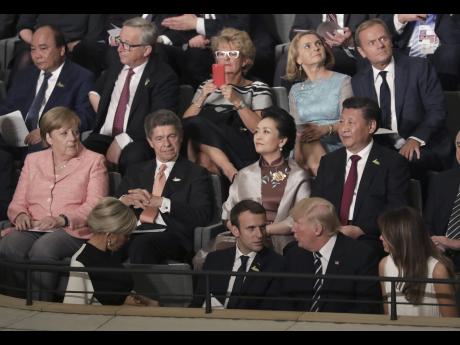 AP
World leaders, including German Chancellor Angela Merkel (left), and their partners attend a concert at the Elbphilharmonie concert hall on the first day of the G-20 summit in Hamburg.

The Group of 20 summit, which ended yesterday in Hamburg, also showed the tensions on trade, as the US administration and international partners forged a deal that endorsed open markets, but acknowledged that countries had a right to put up barriers to block unfair practices

The summit's final statement made clear that the other countries and the European Union unanimously supported the Paris climate agreement rejected by Trump.

They called the deal to reduce greenhouse gases "irreversible" and vowed to implement it "swiftly" and without exception.

The other countries, from European powers such as Germany to emerging ones such as China and energy producers such as Saudi Arabia, merely "took note" of the US position, which was boxed off in a separate paragraph that the summit host, German Chancellor Angela Merkel, made clear applied only to the United States.