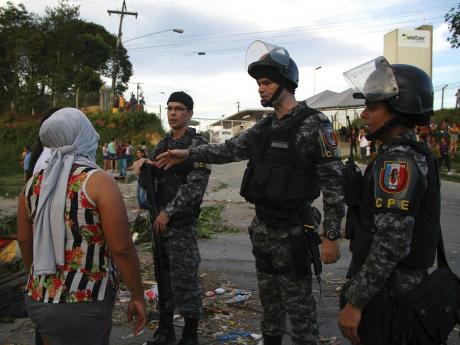 RIO DE JANEIRO (AP) — Forty-two inmates were killed at three different prisons in the capital of Brazil’s northern Amazonas state Monday, authorities reported, a day after 15 died during fighting among prisoners at a fourth prison in the same city.

The killings across the city’s prisons recalled early 2017 when more than 120 inmates died at the hands of other prisoners during several weeks of fighting among rival crime gang members at prisons in northern states. Many of those victims had their heads cut off or their hearts and intestines ripped out.

On Sunday, 15 inmates were killed during a riot at Manaus’ Anisio Jobim Prison Complex, where 56 prisoners died in the violence two years earlier.

Local authorities said prisoners began fighting among themselves before noon Sunday, and security reinforcements were rushed in and managed to regain control within 45 minutes.