Hunt on for leaker of ambassador’s blunt Trump criticism 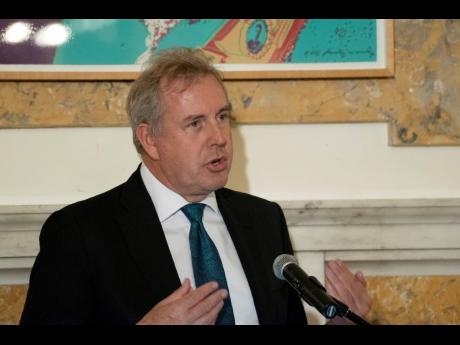 The British government was hunting on Monday for the source of a leak of diplomatic cables from Britain’s ambassador in Washington that branded President Donald Trump’s administration “dysfunctional” and “inept.”

British officials are embarrassed by the publication of Kim Darroch’s unflattering assessment – but more alarmed that sensitive, confidential information has been leaked, possibly for political ends.

The leaked cables were intended for senior UK ministers and civil servants, and officials believe the mole will be found among British politicians or officials, rather than overseas.

The inquiry is being led by civil servants in the Cabinet Office, and Slack said police would only be called in “if evidence of criminality is found”.

It’s possible the leaker could be charged with breaching the Official Secrets Act, which bars public servants from making “damaging” disclosures of classified material. Breaching the act carries a maximum sentence of two years in prison, though prosecutions are rare.

Foreign Secretary Jeremy Hunt said there would be “very serious consequences” if the culprit was caught.

He said the ability to communicate frankly was “fundamental” to diplomacy.

Slack said May had “full faith” in Darroch, a long-serving diplomat, although she didn’t agree with his characterisation of the Trump administration.

He said ambassadors were hired to provide “honest, unvarnished assessments” of politics in the countries where they served, which didn’t necessarily reflect the views of the British government.

In the leaked cables – published in the Mail on Sunday newspaper – Darroch called the Trump administration’s policy towards Iran “incoherent,” said Trump might be indebted to “dodgy Russians”, and raised doubts about whether the White House “will ever look competent”.

The cables cover a period from 2017 to recent weeks. Darroch has served as Britain’s envoy to Washington since 2016.

After the cables were published, Trump said the ambassador “has not served the UK well, I can tell you that”.

“We are not big fans of that man,” Trump said.