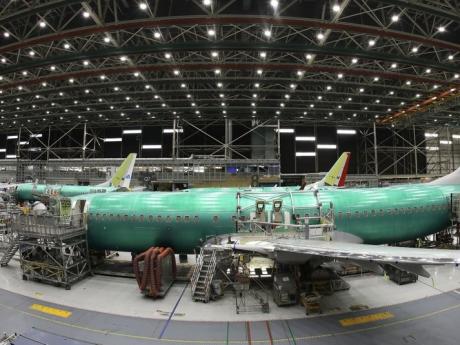 DUBAI, United Arab Emirates (AP) — Boeing’s campaign to restore the reputation of its best-selling plane after two deadly crashes suffered a blow with a Saudi airline cancelling an order worth up to $5.9 billion in favour of a European rival of the U.S. manufacturer.

Flyadeal, the budget airline arm of Saudi Arabian Airlines Corp., ordered 30 A320neo jets from Airbus and took options on 20 more, meaning that its entire fleet will consist of planes from that company.

It’s a potentially troubling sign for Boeing, which has not seen customers divert orders to Airbus en masse.

A small number of airlines have threatened to cancel 737 Max orders since crashes off the coast of Indonesia and in Ethiopia killed 346 people.

The Max has been grounded since March.

Officials with Indonesia’s Garuda said in March that they were cancelling the remaining 49 of a 50-jet Max order.

Published reports suggest the airline and Boeing are in talks, however, and Boeing still lists the last 49 Garuda orders on its website.

Similarly, the owner of Lion Air — the Indonesia airline whose Max jet was involved in the first fatal crash in October — vowed to cancel.

Middle Eastern carriers Flydubai and Oman Air have threatened to switch to Airbus.