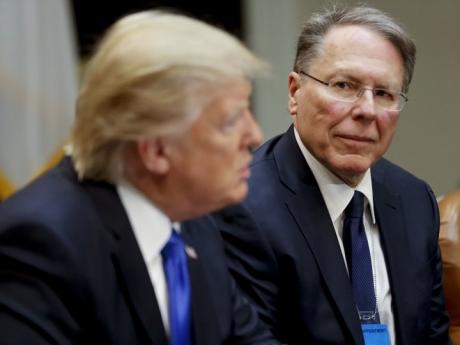 WASHINGTON (AP) — President Donald Trump said Friday he has reassured the National Rifle Association that its views about the right to bear arms won’t be ignored in Washington’s response to recent mass shootings.

Trump said he is talking with the NRA and others to make sure that their “very strong views can be fully represented and respected.”

“I am the biggest Second Amendment person there is, but we all must work together for the good and safety of our Country,” Trump tweeted. “Common sense things can be done that are good for everyone!”

The NRA, however, is uncompromising when it comes to gun control. Association Chief Executive Wayne LaPierre said in a rare public statement Thursday that some federal gun control proposals “would make millions of law-abiding Americans less safe and less able to defend themselves and their loved ones.”

Trump did not say specifically how the NRA’s position could be reconciled with the push for new gun control measures.

He said leaders in the House and Senate are having “serious discussions” about background checks for buying guns.

And he repeated his frequent statement that guns should not be “placed in the hands of mentally ill or deranged people.”