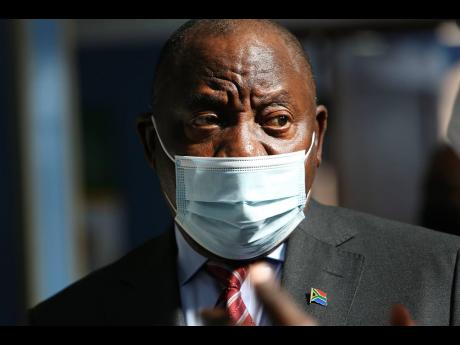 The inequity of COVID-19 vaccine distribution came into sharp focus on Thursday as many of the African countries whose populations have little to no access to the life-saving shots spoke at the UN’s annual meeting of world leaders. Some called for member states to relax intellectual property rights in order to expand vaccine production.

“The virus doesn’t know continents, borders, even less nationalities or social statuses,” Chad’s president Mahamat Idriss Déby Itno, told the General Assembly. “The countries and regions that aren’t vaccinated will be a source of propagating and developing new variants of the virus. In this regard, we welcome the repeated appeals of the United Nations secretary general and the director general of the (World Health Organization) in favor of access to the vaccine for all. The salvation of humanity depends on it.”

The struggle to contain the coronavirus pandemic has featured prominently in leaders’ speeches over the past few days – many of them delivered remotely exactly because of the virus. Country after country acknowledged the wide disparity in accessing the vaccine, painting a picture so bleak that a solution has at times seemed impossibly out of reach.

South Africa’s president Cyril Ramaphosa pointed to vaccines as “the greatest defense that humanity has against the ravages of this pandemic.”

“It is therefore a great concern that the global community has not sustained the principles of solidarity and cooperation in securing equitable access to COVID-19 vaccines,” he said. “It is an indictment on humanity that more than 82 per cent of the world’s vaccine doses have been acquired by wealthy countries, while less than one per cent has gone to low-income countries.”

Angola president João Lourenço said it was “shocking to see the disparity between some nations and others with respect to availability of vaccines.”