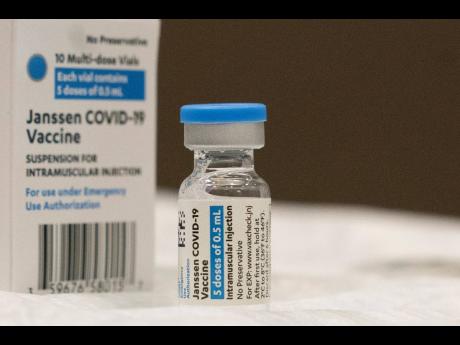 AP
US health advisers are meeting to tackle who needs boosters of Johnson & Johnson’s single-shot COVID-19 vaccine and when.

United States health advisers endorsed a booster of Johnson & Johnson’s COVID-19 vaccine on Friday, citing concern that Americans who got the single-dose shot aren’t as protected as those given two-dose brands.

J&J told the Food and Drug Administration (FDA) that an extra dose adds important protection as early as two months after initial vaccination but that it might work better if people wait until six months later. Unable to settle the best timing, the FDA’s advisory panel voted unanimously that the booster should be offered at least two months after people got their earlier shot.

“I think this, frankly, was always a two-dose vaccine,” said FDA adviser Dr Paul Offit of Children’s Hospital of Philadelphia. “It would be hard to recommend this as a single-dose vaccine at this point.”

The FDA isn’t bound by the recommendation as it makes a final decision – and adding to the debate’s complexity, new research also suggests that J&J recipients might have a stronger immune response if their booster dose is from a competing brand.

Preliminary results from an ongoing study of different ways to “mix and match” different shots showed that a booster of any sort revved up people’s levels of virus-fighting antibodies – at least for a few weeks. And the most dramatic jump came from giving a Pfizer or Moderna shot after the single-dose J&J vaccination.

The FDA’s advisers didn’t vote on whether that should be recommended but told the government to allow flexibility with boosters, saying that there were no safety red flags even if it is not yet clear just how much difference, if any, mixing and matching may make in long-term protection.

The government says that all three US vaccines continue to offer strong protection against hospitalisation and death from COVID-19 and that the priority is getting first shots to the 66 million eligible but unvaccinated Americans who are most at risk. But with the spread of the extra-contagious Delta variant and signs of waning immunity against milder infections, the nation is moving towards a broader booster campaign.

The J&J vaccine was highly anticipated for its one-and-done formulation.