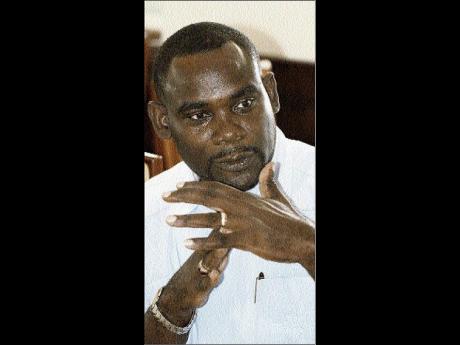 With 81 days to go before the start of the 100th staging of the ISSA/GraceKennedy Boys and Girls Athletics Championships, organisers are preparing to shell out at least $10 million towards celebratory activities leading up to the special staging.

An awards banquet, along with a 100k torch run and the launch of a book documenting the history of the highly-respected meet, will highlight the 'Champs 100' celebrations.

President of the Inter-Secondary School Sports Association (ISSA), Dr Walton Small, is convinced that the magnitude of the event merits the funds being spent. He also pointed out that this is not included in the over $30 million that will be spent towards the actual staging of the meet itself.

"The entire celebration is going to run us over $10 million, but we think that it's worth it. This money has nothing to do with the cost to stage the actual Champs, just the celebrations leading up to it, but again we think it's money worth spending," said Small.

The majority of the funds will be used to publish a book, which will feature several exclusive photos, stories and other important historical information on the championships, spanning the entire century.

It will actually cost ISSA in excess of $5 million to publish the book.

"We will also be launching a book. This is going to cost us a significant amount of money but we think that it's important that we document the activities of the championships over the 100 years," said Small.

"It's going to cost us over $5 million; we are in the process of getting information from people who have that kind of information. We have paid upwards of $750,000 just to get a piece of information but we think that it's a very good investment."

Small, who is also the principal of Wolmers High School for Boys, pointed out that the money for the celebratory activities will be taken from the actual profits from previous stagings and that the participating schools have agreed to have the funds - which would normally be shared between them - used to acknowledge the centenary.

"We are going to be taking these funds from out of our usual profit that we usually make at the Champs. We would normally re-flow to the schools but they understand that this is the centenary celebrations and we ought to celebrate it accordingly," said Small.

He added that preparations for the March 24-27 meet, which will be staged at the National Stadium, are well-advanced.

"Preparations are going great. As soon as the last Champs were over we started to plan because we recognised that the centenary celebration is something that the people wanted and that it could not just be any ordinary celebration," said Small.