Roots of our problems 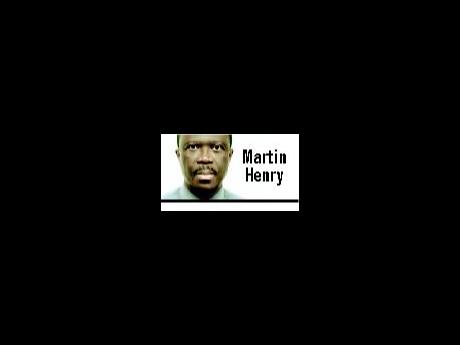 A meeting of planters in Trelawny in 1838, the year of 'full free' from slavery, drew the conclusion that "the people will never be brought to a state of continuous labour while they are allowed to possess the large tracts of land cultivated by them for provisions, which renders them perfectly independent of their employers". [Philip Sherlock, West Indian Nations: A New History]. The House of Assembly passed several laws "with the express purpose of compelling the labourers to work for whatever wages [estate owners] chose to give and to do such work as they required".

I am not one to blame slavery for all our problems, but a number of contemporary problems have their taproot in our national failure to resolve many of the issues from the legacy of slavery. The marginalisation of the majority of the people and the controlling dominance of special interests - not always white planters or their wealthy replacements - have been defining features of Jamaica's post-emancipation history. So have been a deliberate low-wage economy and the educational preparation of the majority of the people to fit into it.

By the time of the Morant Bay uprising in 1865, the emancipated people had exhausted their limited capacity to prosper in freedom. The famous Underhill letter of January that year noted: "All accounts, both public and private, concur in affirming the alarming increase of crime, chiefly of larceny and petty theft. This arises from the extreme poverty of the people. That this is its true origin is made evident by the ragged and even naked condition of vast numbers of them, so contrary to the taste for dress they usually exhibit.

"They cannot purchase clothing, partly from its greatly increased cost, which is unduly enhanced by the duty which it now pays, and partly from the want of employ-ment. The people, then, are starving, and the causes of this are not far to seek."

Edward Underhill, secretary of the London branch of the Baptist Missionary Society, made several recommendations based on his fact-finding mission to Jamaica. One was for an enquiry into the legislation of the island since emancipation and its taxation, and its economic and material condition, which "would go far to bring to light the causes of the existing evil, and, by convincing the ruling class of the mistakes of the past, lead to their removal". He recommended "the growth of exportable produce by the [emancipated] people". Underhill called for just laws and light taxation to encourage capitalists to invest in the island, creating employment.

"It is more than time," he concluded, "that the unwisdom - to use the gentlest term - that has governed Jamaica since emancipation should be brought to an end."

But bear in mind that these conditions prevailed across the British West Indies and across the British Empire, in some cases worse than Jamaica. I call attention to this historical stuff not so much to blame slavery, but to point out that when we had the opportunity for change, we blew it badly. So many others have had a better go at building peaceful, ordered, productive and prosperous societies from a similar starting point.

The Edward Seaga-led Five-Year Independence Development Plan, 1963-1968 - which I have regularly cited, making me a Labourite in the eyes of some - using 1865, "one of the principal turning points in the history of this country", as its point of departure, very explicitly recognised the historical injustices against the majority of the Jamaican people and saw Independence as both a tool and an opportunity to fix them.

"After tracing the history of the country and some of its basic geographical features," the plan "settles down to describe the major problems of the country in the broad, national sense", the minister of development and welfare told Parliament on July 24, 1963, 11 months and two weeks into Independence. Nearly every one of those enumerated problems remains as critical issues facing the country today; many have worsened.

Very soon after its presentation, the country descended very much deeper into political tribalism, which substantially derailed the quite realistic aspirations of the Independence Development Plan. It is my considered opinion that the Seaga/Manley 18-year contest for political power is the most defining factor determining the condition of the Jamaican society and economy.

But the genesis of political tribalism, which has done so much to derail our development and to feed our crime problem, is much older than the 1970s and the 1960s. As I have pointed out repeatedly, political violence began almost with the emergence of the People's National Party (PNP)-Jamaica Labour Party (JLP) two-party system. The first commission of enquiry into political violence was conducted in 1949, 11 years after the founding of the PNP, and six years after the JLP was established. As Amanda Sives concludes in The Historical Roots of Violence in Jamaica in Understanding Crime in Jamaica [Anthony Harriott, Editor], "By 1949, both political parties were engaged in violence to achieve political goals."

Obika Gray, in Demeaned but Empowered: The Social Power of the Urban Poor in Jamaica, comprehensively traces the "fateful alliance" between politics and crime from the 1940s. Gray concludes: " ... The use of violence as a political tactic to win elections,defend political territory against rivals and secure representation of workers in the trade union movement actually began in the 1940s and not in the 1960s ... . Thus from the moment Jamaicans won the right to vote, and native politicians got the opportunity to be incumbents of state power, political violence ... became an organising feature of Jamaican politics," with all the costs attached.

Forty-eight years after the Hearne Report of 1949, the Kerr Report of the National Committee on Political Tribalism of 1997 documented, among other things, the formation of political garrisons from political patronage and violence, and the massive negative consequences to those communities themselves and to the nation at large. Some 80 per cent of murders now take place in the garrisons.

Another fateful alliance costing us dearly has been that between the trade union movement and the political parties, one of the tightest in the world. Ken Jones has in his new book, Bustamante: Notes, Quotes Anecdotes, a section titled 'Union Before Party', in which he advises that Bustamante always regarded the political party as the creature of the union. Sylvia Wynter, from interviews with the 'Chief', noted: "Bustamante's central base was the union, and he made his party followers aware that the party was the offshoot and appendage of the union and not vice versa."

Apart from the contribution to the use of violence for political and labour ends, this fateful alliance, still firmly holding between the parties and their affiliated unions specifically, but the labour movement more generally, has had huge negative consequences for the transformation, modernisation and performance of the Jamaican economy. Never mind the very successful efforts to spin the history into burnished glory, just think of the stagnation of the sugar industry as an employer of unskilled manual labour and a drag upon the public purse today. Labour-leader-turned-Prime Minister Bustamante was dead set against mechanisation in the industry and blocked it with political muscle.

The lingering injustices of the post-emancipation period, which we missed the opportunity to decisively correct with Independence, and our modern political history, with its tribalism, clienteles, special-interests domination, including the poor, the labour movement, the rich, the creditors, the political party and other powerful organised groups, the dons, are deep roots of our present problems.

A third of the Jamaican population, we are told by Minister of Housing Dr Horace Chang, are squatters, with some 20,000 housing units being needed annually to begin to solve the historical housing problem, which the Independence Development Plan vowed to fix, while vast tracts of 'crown lands' still remain unused, and 80 per cent of National Housing Trust contributors cannot afford the cheapest mortgages from the trust.

The economy, supported by the poor education and training system, remains predominantly low-skilled and low-wage. Income disparities between the very rich and the very poor remain some of the worst in the world.

Some 1,600 Jamaicans are now slaughtered annually in violence, with deep roots in political tribalism, in a country which also produces the greatest sprint stars in the world, and world-acclaimed artistes. The country, outspending its own historically weak productive capacity by borrowing from other people's surplus, now has one of the highest debt:GDP ratio in the world. Critical systems are distorted and corrupted from pandering to special interests: the public service, the tax system, the financial services, the labour market, law enforcement, and on and on. There is no national interest, and no leader interested in it, only a tangled conglomeration of special interests.

Underhill in 1865 had warned that the 'unwisdom' that governed Jamaica would render certain "the ultimate ruin of every class - planter and peasant, European and Creole." The Economist Intelligence Unit is now warning of the likelihood of social unrest in 2010.

None of the critical problems of the country is directly the creation of an administration a mere two years and three months in office, however inept. The prior 18-year long government significantly aggravated our fiscal difficulties and left the problems of injustice and inequity largely undisturbed as it focused on winning elections. It presided over a ballooning debt stock and murder rate, and a shrinking dollar. It made its own sterling contribution to the distorting and corrupting of the systems of an ordered society. Captured and controlled by special interests, like others before, it led no revolution for social and economic change.

But judging from its lustreless approach to governance in its first two years, it may be too much to expect any radical [Latin - of the root] action on the part of the present Government. And it will be the International Monetary Fund's fault, or global conditions, or the undistinguished previous administration - or history.