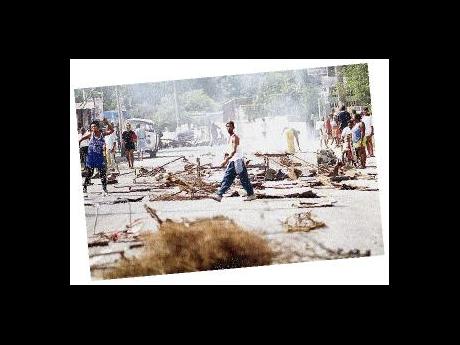 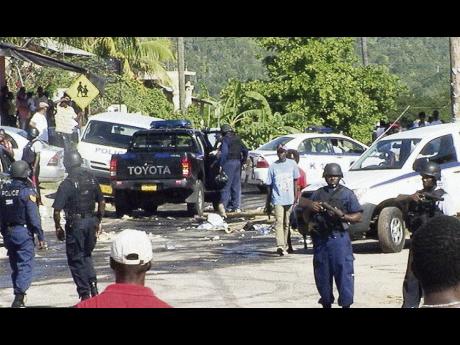 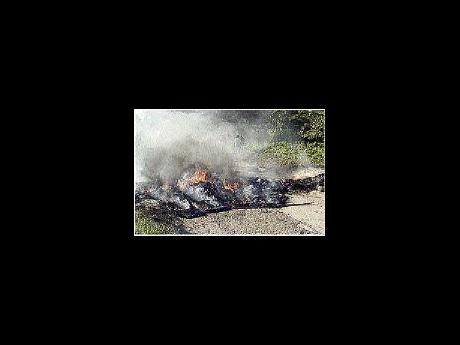 The usually serene town of Alligator Pond, at the border of Manchester and St Elizabeth, erupted into the first major protest for 2010 as residents' fury flared yesterday following the shooting of two of their neighbours by members of the police force.

This was the third fatal shooting incident involving the police in the new year and followed 2009 when an official count by The Gleaner show at least 250 persons killed by members of the security forces.

But while the other two police fatal shootings in the first 24 hours of 2010 caused nothing more than a whimper, there was fire and fury in Alligator Pond.

The police station was damaged, a service vehicle and other properties set ablaze as residents demanded justice following what they claimed was a clear case of police brutality.

The cops say that Anthony Richards, 20, otherwise called 'Lawyer', a fisherman and mason, was fatally shot and Rory Dickson, an employee of Little Ochie Restaurant, was left nursing gunshot wounds after they attacked members of a police patrol who responded to reports of a robbery in progress.