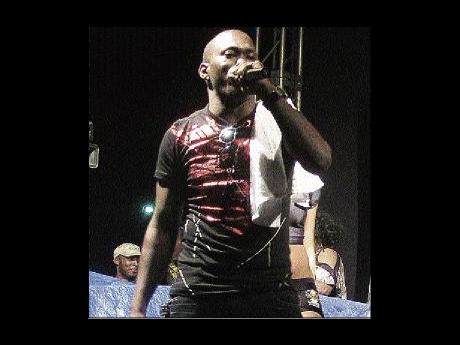 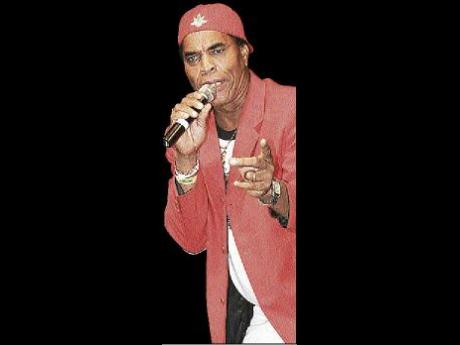 Fire Fras was Black Scorpio's frontman for most of a losing effort against Bredda Hype in the Guinness Sounds of Greatness competition opening event last year outside Ken's Wildflower in Portmore, St Catherine. - Photo by Mel Cooke

Sound Trooper and Bass Odyssey, two of the renowned clash sounds, have defeated all comers to tonight's finals of the Guinness Sounds of Greatness competition, to be held at Mas Camp, New Kingston.

Now that it is down to the wire, it is hard to make the call on which way it will go.

Initially, Bobby Fresh on Black Widdo, which lost in the semi-finals to Sound Trooper, said: "Right now me nah put none over none." However, he eventually said "Trooper is a tough task, but right now me feel Bass Odyssey ago take it. Bass Odyssey is a better juggling sound."

So Bobby Fresh says he would give Bass Odyssey the juggling round, which is the first round of the contest, and the tune for tune, which is the second round. For the final round, he says, "Trooper is more creative dub for dub."

A sound system has to win two of three rounds to take the title and the seven-figure prize which goes with it.

There is also the factor of legendary Bass Odyssey selector Squingy's recent death to consider. Even without Squingy, Fresh said, "The people rate Bass Odyssey same way and true him drop out, the sympathy of the people with them."

DJ Skinny of Black Kat could not make a prediction, saying, "Jah know, is a stiff competition." Black Kat lost to Bredda Hype in the quarter-finals, Bredda Hype going on to lose to Bass Odyssey in the semis. He explained that with the format of the Guinness Sounds of Greatness, everything has to be edited and clean. Still, he said, "The two soun' a cut an go through. A two bad sound."

Black Kat has defeated both Bass Odyssey and Sound Trooper previously and Skinny says neither is easy to beat. He says that Trooper is doing a lot of specials with Vybz Kartel and "yu know Kartel have the fans. Him ago get whole heap a forward offa Kartel". However, he said: "Bass Odyssey a cut everybody same way. All Mavado."

The only edge he can see one of the sound systems having is that since it is being held in Kingston, Sound Trooper has an advantage. Apart from that, he says even when analysing the battle with the 'War Tanker' Panther, Black Kat's best known selector, a winner cannot be predicted.

Black Scorpio fell to Bredda Hype in the first round. Jack Scorpio says: "I a look for Trooper take it home, as a youth who have the vibes about clash."

Squingy's absence comes into play, as Scorpio said: "I can't comment on Bass Odyssey without a Squingy." At the same time, he says, "I don't underrate Bass Odyssey for reaching the finals without Squingy. I know Squingy as a professional clash man, that little moment to win, him know what to do."

"It supposed to be interesting," Scorpio said.

Bobby Fresh said entering Guinness Sounds of Greatness has done a lot for Black Widdo, as "date a heng we now". Plus, he said, "Everywhere we go, the place cork up." Among the dates they have played since entering the competition is Westmoreland Jamboree, at the same location they defeated Black Blunt.