COVER STORY - Elizabeth James is on a roll 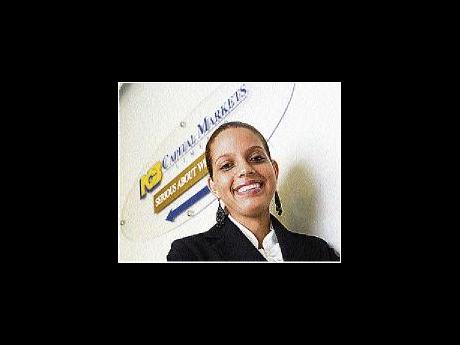 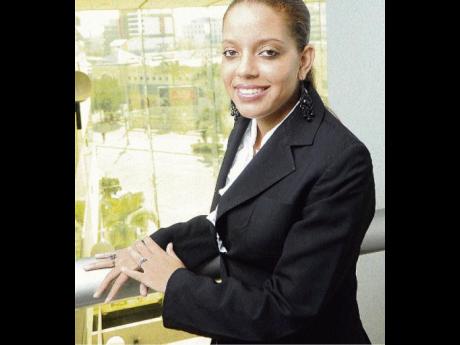 Elizabeth James is on a roll. - Ricardo Makyn/Staff Photographer

Thirty-one year-old Elizabeth James is on a roll.

She was twice National Commercial Bank Capital Market's top wealth advisor last year; for July and November. She was also awarded second runner-up for the best overall performance island-wide as a wealth adviser for the financial year October 2008 to September 2009.

James grew up in a huge family in St Elizabeth, the breadbasket parish of Jamaica. In 1994, after she left high school, she went to complete her undergraduate degree in marketing at Kennesaw State University in Georgia. And in 2004, she moved to Florida to do her Master's degree in international business at Nova South-eastern University. During that time, she was working at one of the top banks, Wells Fargo Financial, as office manager.

In March 2008, she returned to Jamaica where she began working at NCB Capital Markets as a wealth manager. It has been through hard work and dedication that she was awarded top wealth advisor.

Her job is to plan portfolios depending on what her clients' goals are, and to help them meet their financial goals. She told Flair that her job is not a walk in the park, especially given that, each month, there are set targets and at the end she has to meet that goal, which is based on how much funds you bring in. She says that her job is stressful because building a client group is based on your reputation as well as your expertise in the financial sector.

"You have to be very knowledge-able about what is going on in the sector, both locally and internationally, so you can advise clients as to what to put in their portfolio," says James.

She further states that it is even more stressful now, given the fact that we are in a recession. "People are more jittery and nervous and my job is to assure them that the market will come around. Plus, as wealth advisors, we have to maintain our calm and motivate clients in the right direction."

To be a capital market client you are required to deposit a minimum of $200,000 or US $3,000. Thus, it is understandable when James says getting new clients is one of the challenges of the job. She states that other challenges include keeping her clients focused on their goals, and keeping abreast of the current market conditions.

Men have, over the years, dominated the financial sector, but that has been changing in recent times. The wealth manager says to succeed in such an environment, you have to work hard, have a strong personality and be extremely knowledgeable about your job. She notes that it is still perceived that men should be on top, but that is changing in banking because, looking around the banking sector, there are a lot more women than men. "Plus, they are very hard workers," she added.

She feels rewarded when she can make her clients achieve their financial goals.

James is not just a wealth manager but she also oversees the investment strategy of all the clients at NCB's New Kingston branch. Her job is not the regular nine to five nor is she stuck behind a desk all day, as many may believe. But, most times, she has to go beyond the call of duty. She has to meet with clients, take them to lunch, build and maintain friendships plus work long hours. Despite all that, she has to juggle family life. But, she says her fiancé is one in a million and is the best partner in the world.

As it relates to the future, James is expecting great things. And there is nothing else she sees herself doing than working in the financial sector.